DeHart weaves together a sensual love story and an intriguing mystery. Engaging to the very end
Laura Griffin, New York Times bestselling author
Fans of Robyn DeHart will thrill to read The Secrets of Mia Danvers. With all the trademarks of a Robyn DeHart novel - sexy, fast-paced, adventurous, and emotionally complex characters - this novel is her most suspenseful yet. DeHart's heroes always please, but I adored the heroine, Mia Danvers. She's delightfully endearing, sensual and unconventional. The Secrets of Mia Danvers is another fabulous read from one of the best historical romance authors writing today
Shana Galen, national bestselling author
The way the characters and plot flowed and developed made it very hard to put the book down
SammySosa for Cocktails and Books 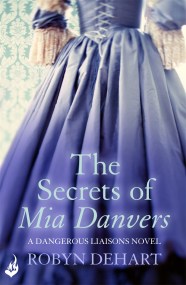