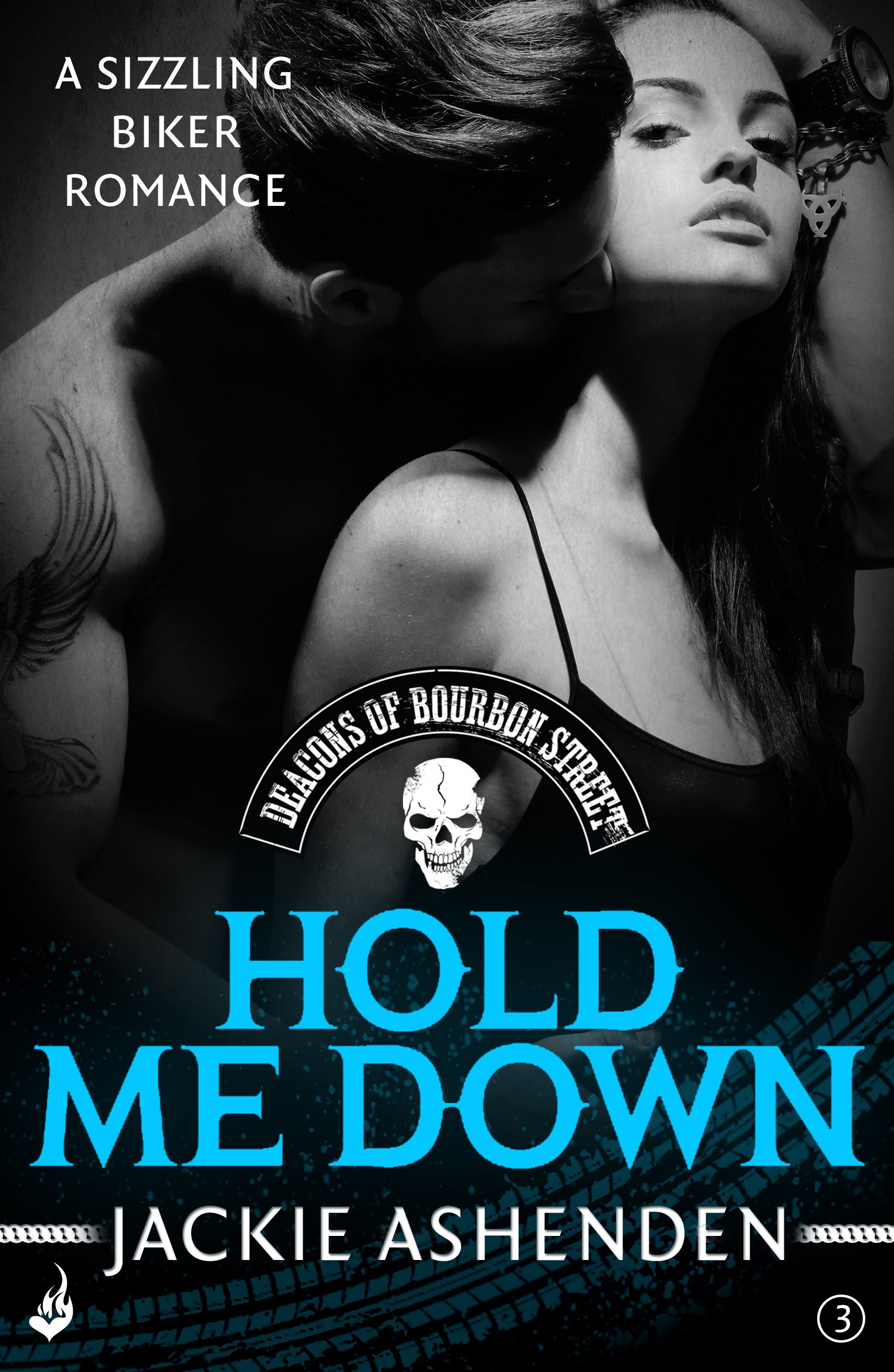 Will sexy Blue, from book three in the Deacons of Bourbon Street series, be your #EternalBookBoyfriend?

Profession: Member of the Deacons of Bourbon Street motorcycle club

Height:  Blue towers over all around him

In a nutshell:  Blue returns home to avenge his mentor’s death, but unexpectedly finds the need for something more along the way

Perfect match: A feisty woman ready to fight for him and with him

Ideal date: Relaxing in The Priory bar, with Ajax and his woman

Interests:  Blue spends most of his time bonding with the brothers he missed while in exile

Random fact: Blue spent ten years away from the club, living in a Louisiana swamp…

Find him in: In the Deacons of Bourbon Street Series (Make You Burn, Fire Me Up, Hold Me Down, Strip You Bare) 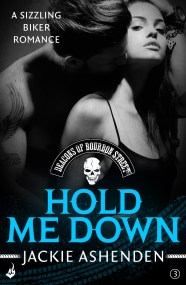 Hold Me Down: Deacons of Bourbon Street 3 (A sizzling biker romance)

Meet the Deacons of Bourbon Street, bad boy bikers who are hell on wheels and heaven between the sheets. Fans of Madeline Sheehan, Katie Ashley, Joanna Wylde and Kristen Ashley, buckle up - you're in for a wild ride. It's time for Hold Me Down by Jackie Ashenden.

Leonidas 'Blue' Delacroix might be New Orleans aristocracy but the Deacons of Bourbon Street are his real family. And with their leader murdered he vows to unleash hell on the club's rivals - even if it means making an enemy of the girl that was once his best friend. But after all these years their chemistry is red-hot, and ruthless revenge turns into sweet seduction.

For Alice Ray, loyalty is everything. When Blue skipped town she was forced to adopt a new MC family: The Graveyard Ministry. She never forgot Blue's betrayal but seeing him again has awakened old feelings and fiery fantasies. Torn between the motorcycle club that took her in, and the biker who holds the key to her soul, Alice must trust her heart with the deadliest choice of her life.

For more badass bikers, don't miss the rest of the Deacons of Bourbon Street series: Make You Burn by Megan Crane, Fire Me Up by Rachael Johns, and Strip You Bare by Maisey Yates.