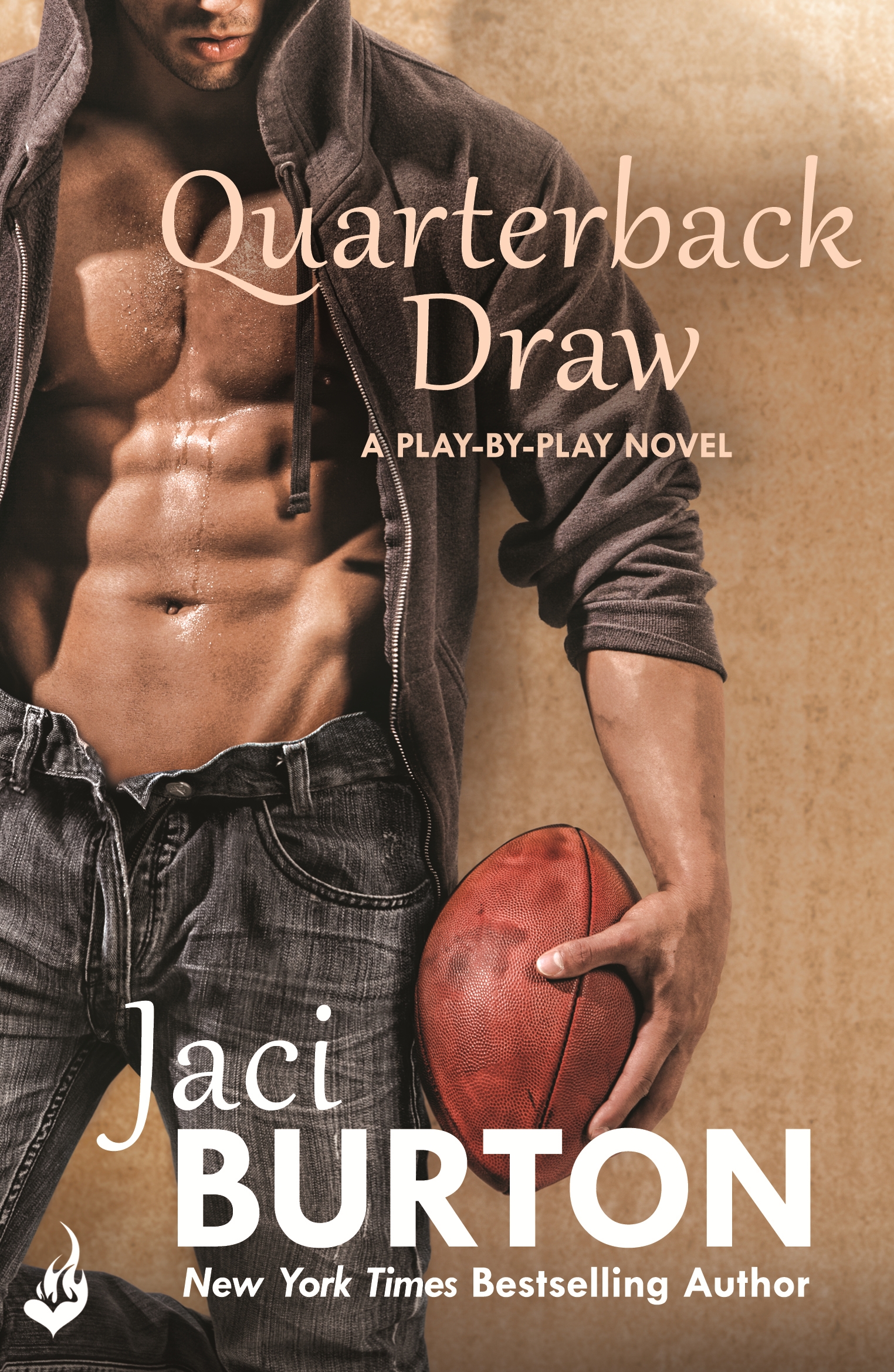 Indulge in this sexy excerpt from the ninth Play-By-Play novel by Jaci Burton, QUARTERBACK DRAW.

If there was one thing Grant Cassidy hated more than anything, it was PR. Doing commercial shoots was a necessary evil, and some he disliked more than others.

But right now he was in board shorts and bare feet, standing on a beach in Barbados, about to do a shoot for the annual swimsuit edition of a pretty damned famous sports magazine. There were about two dozen barely clad, tanned, and gorgeous models who were going to take part in the shoot along with several athletes.

“This I could get used to.”

Grant grinned as one of his best friends, Trevor Shay, stood next to him.

“Don’t get too used to it. Your girlfriend will kick your ass if you get too close to any of these models.”

Trevor crossed his arms. “Yeah.  I really wish Haven could be here in Barbados with me. But she’s in school right now and couldn’t make it. She did tell me to behave myself. Like that was even necessary. Trust me,  none of these women are as beautiful as mine.”

“It’s true. I am. And perfectly happy to go back to my bungalow at night all by myself. How about you? You like dating models. Got one scoped out yet?”

He had dated models in the past. They were beautiful and fun. “I wasn’t exactly looking.”

“It’s still early in the day. I have high hopes for you.” Trevor slapped him on the back as the assistant director motioned for him. “Hey, I’m up. I’ll catch you at the bar later.”

Grant stayed close and watched as Trevor was put into a shot on a hammock with a beautiful, dark-skinned model. The model straddled Trevor, who Grant had to admit handled the whole thing professionally. As soon as it was over, Trevor shook the woman’s hand and wandered off in the direction of the pool.

“You’ll be up next, Grant,” the assistant said. “We’re pairing, you up with Katrina Korsova.”

“Sure.” He knew who she was. Korsova was a big deal in the modeling world, one of those supermodels whose face and body were plastered all over billboards, in magazines, and on television. She was a beauty. He was lucky to be doing the shoot with her. It would advance his profile, and he was all about exposure.

If he had to be here doing this shoot for the sports magazine, at least he was being paired up with one of the best in the business.

Once they readied the shot on the beach, he was called over and set up on his marks. He stood in the water up to his ankles. They’d already primped his hair, his face, and his skin. It all felt weird to him, but he’d done photo shoots before. They told him it was to combat shine and to make sure his hair would be gelled appropriately enough so it would behave.

Whatever. He was paid to do what he was told, just like in football. So he stood where they told him to stand.

“We’re ready for you, Katrina,” he heard the assistant say.

The models were clustered in shaded cabanas before the shoot, so he’d only caught glimpses of them on and off.

Katrina stepped out, a gorgeous woman with long hair the color of midnight, wearing a swimsuit bottom that barely clung to her hips. It was more like two tiny pieces of cloth tied together with scraps. There wasn’t much to the top, either. Just a couple of triangles that hardly covered her generous breasts.

She was curved in all the right places, and after she bent over so they could spray her hair wet, she straightened, flipped her hair back, then gave him a look.

Wow. Those eyes. They were so deep blue they were almost violet. Maybe they were violet. He had no idea, because he’d been struck dumb as she approached him.

He’d been around plenty of beautiful women before, but Katrina was . . . wow. Photos of her didn’t do justice to what a knockout she really was.

“Grant Cassidy, this is Katrina Korsova.”

She gave him a quick nod, then turned to the director, obviously all business and not as thunderstruck by him as he had been by her.

He was going to try not to be offended by that. Then again, she likely worked around good-looking male models all the time. He was no big deal, at least not in the modeling world.

“I want your arm around his, Katrina,” the director said. “Katrina, your right breast against his chest, with you facing him. Let’s see some heat here.”

It was as if they were on a movie set and the director had said, “Action.” Where she had previously ignored him as if he didn’t exist, now Katrina moved into him, her body warm and pliant as she slid her hand into his hair and tilted her head back. Their hips touched, their thighs made contact, and then she made eye contact with him.

He’d never felt that pow of instant connection before, but he sure as hell felt it now. It was as if lightning had struck the center of his universe, and every part of him felt it.

QUARTERBACK DRAW is out in paperback and ebook now!

Look out for HOPE AFTER ALL, the fourth title in the Hope series, out on 31st February. 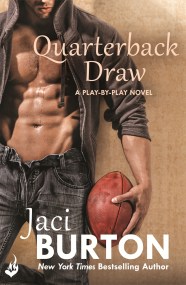 This time he's playing for keeps... Grant Cassidy knows how to be a football star. But while the hot quarterback loves the game and the lifestyle, no woman has come close to catching his heart, until he matches wits with a smart, gorgeous model.

Supermodel Katrina Koslova might live in a world of glitz, but she works hard to provide for the family that relies on her. She doesn't have time for fun - much less a boyfriend.

Their explosive chemistry is undeniable, but Katrina's afraid to rely on anyone but herself. Except Grant intends prove he's a man of style and substance - a man she can count on.