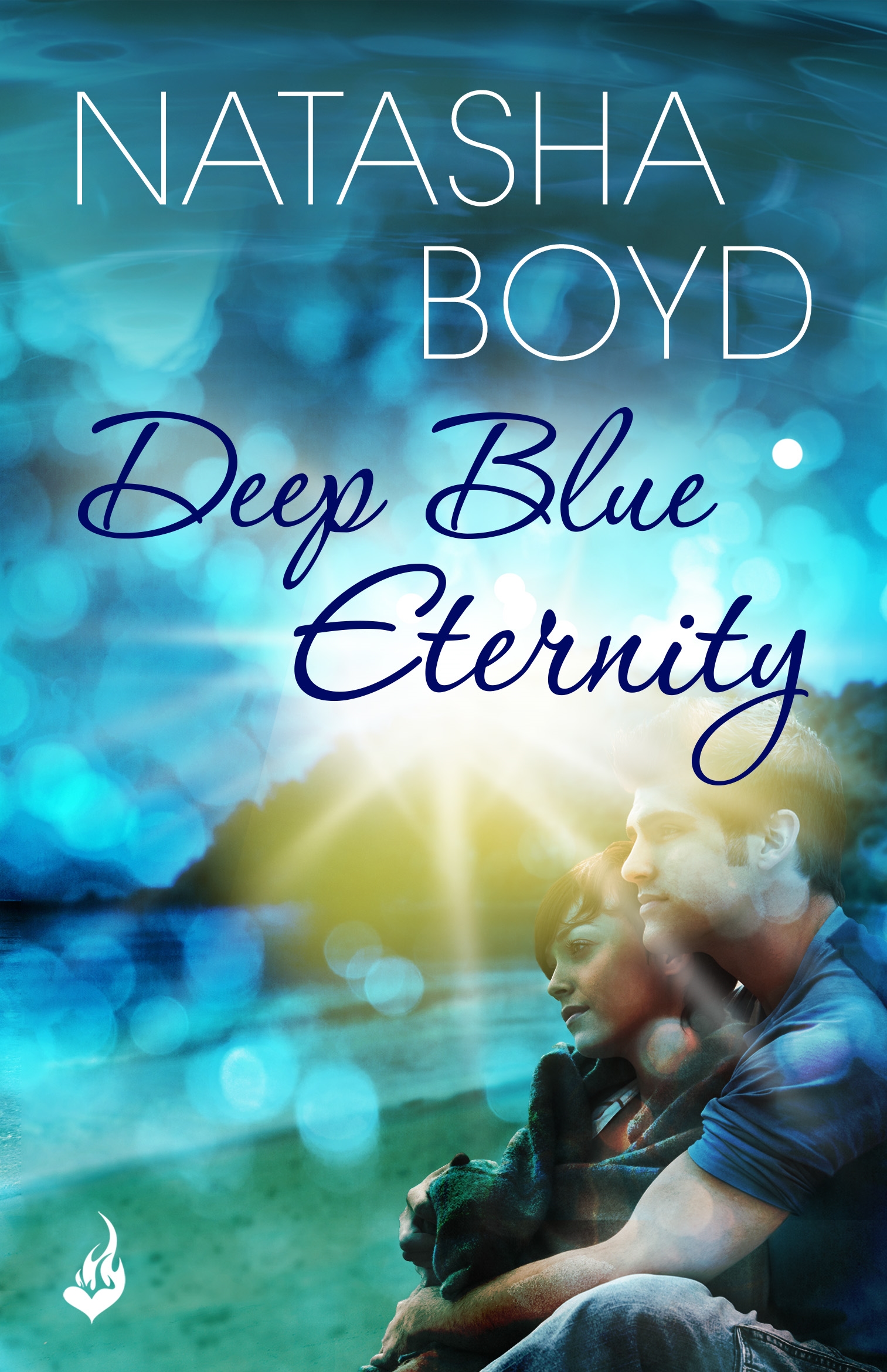 Experience the heartstopping tale of angst and redemption in this excerpt from Natasha Boyd’s new novel, DEEP BLUE ETERNITY.

I wondered what would piss off my parents the most, the fact I ran away or that I stole their money to do it. Either way, I assumed they’d be relieved to see the back of me.

The train jerked and vibrated. What had felt like an interesting sensation against my cheek when I first pressed my face against the grimy window now made my skin numb and my teeth jar. Yet still I didn’t move away from the cold glass where I watched the outskirts of our nation’s capital roll and shudder past me.

I’d made the connection in Washington, D.C. without too much trouble, switching from my northeast-bound train from Atlanta in order to head south down the coast, and hadn’t had to show my identification again.

It was a gamble, but I knew if my parents looked for me they were likely to follow the trail where I’d purchased the train tickets online from Atlanta to New Orleans with their credit card. I’d confirmed and printed the tickets. Online, I didn’t have to show my identification. But when I’d bought the ticket to Savannah with my own cash and in person, I’d had to. I looked like the blonde girl in the picture. Too much like her, in fact. So no one questioned it. Oddly, the only way to head south toward Savannah had been to go north first. I reasoned it put me one step ahead of them if they decided to report me missing. I’d had to ditch my phone too. The idea made me jittery, as now I had no music to get lost in.

Upon entering the final train, I’d immediately located the restroom and pulled the wig off before finding my seat.

We rolled through a tunnel, and everything was pitch black, my stark pale face surrounded by jet-black hair and punctuated with black-rimmed eyes flashing back at me. I sat back abruptly, just as the daylight appeared again. It was going to be an uncomfortable thirteen hours. Rifling through my Indian fabric drawstring bag, my hand closed around the small cylinder. I pulled out the orange plastic and checked the label was what I needed. Amy Orr, whoever she was, shouldn’t have left her prescriptions lying around. But I was grateful she had. I shook a small white pill that had cost me far too much into my hand and washed it down with my soda.

I still felt groggy when I woke up as the train pulled into Savannah around half past four in the morning. Pulling my cardigan closer around me, I wound my gray scarf around my neck and stood up on wobbly legs, my back stiff and sore. It was dark and would be for a while yet. I had no idea what time the sun came up in February, but I assumed it was probably after seven. The urge to just find a bench and get horizontal was overwhelming, but I could sleep when I got to the cottage.

I wondered what kind of shape the cottage was in. Grams had died almost ten years ago, and since she left it to Abby and me, and had barely spoken a word to my parents for as long as I could remember, the chances were high that the place had completely caved in. Still, it had to be better than where I was coming from.

And it was mine.

All mine, now that Abby was gone. My parents didn’t know I knew about it, which made it the perfect hiding place. Abby had given me a key for it and asked me to keep the secret. I was so grateful I had. Would they even bother to look for me? Uncle Mike probably would, but he didn’t know I knew either. The chance he’d find me would always be at the back of my mind, but it was a chance I had to take.

I’d left a note that was as bitingly sterile as the rare words either of my parents uttered in my direction, but hopefully ensured I wouldn’t be considered a missing person.

I’ll get out of your way now.

Don’t look for me.

Looking down at my trembling fingers, I tried to ignore my tight chest. I was scared about what I was doing. But more scared to stay. I’d waited as long as I could stand. A job to feed myself and maybe fix the place up was a necessity. The meager amount of money I had on me would barely get me by. But the idea that I could start over and be someone with no past and no expectations was a heady rush. A complete reinvention of who I was.

I squared my shoulders, squinting my tired eyes at the signs to find the exit. Taking a taxi would dent my cash further. But according to the map I’d printed, the marina I needed to hitch a boat ride from was way too far out of downtown Savannah for me to make it on foot. I was almost free.

DEEP BLUE ETERNITY is out in paperback and ebook on 26th March! 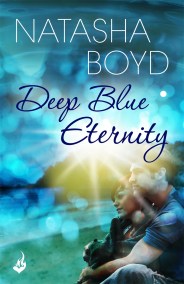 'I will read absolutely anything Natasha Boyd writes ... I can say no more than that you must pick this book up today. It is sheer perfection' 5* reader review

From the author of the award-winning Eversea and Forever, Jack. Fans of the intensely emotional romance of Nicholas Sparks, Jamie McGuire, Abbi Glines and Monica Murphy will lose their hearts to Natasha Boyd's powerful, epic love story, Deep Blue Eternity.

Livvy is on the run. And she's escaped to the one place nobody will ever find her. But the isolated cottage isn't empty. Her refuge is home to a troubled stranger, Tom, there for reasons of his own...

In the intimacy of the abandoned cottage, and the remote wilderness of the island, the electrifying connection between them is impossible to ignore. Both running from their histories and shielding dark secrets, their pasts catch up with them and collide in an unimaginable way.

Deep emotions and powerful chemistry face a painful battle with the tangle of lies, and scars of the past. If the truth emerges, hearts will be shattered. Can love conquer all?

Natasha Boyd will take your breath away with her unforgettable love stories. Don't miss Eversea, Forever, Jack and the other gorgeous Butler Cove titles.

'I was absolutely gripped by this book from opening the first page to the very last word!...If I could give more than five stars I would!' 5* reader review

'Boyd's writing just seems to get better and better! I have recommended this book to EVERYONE' 5* reader review