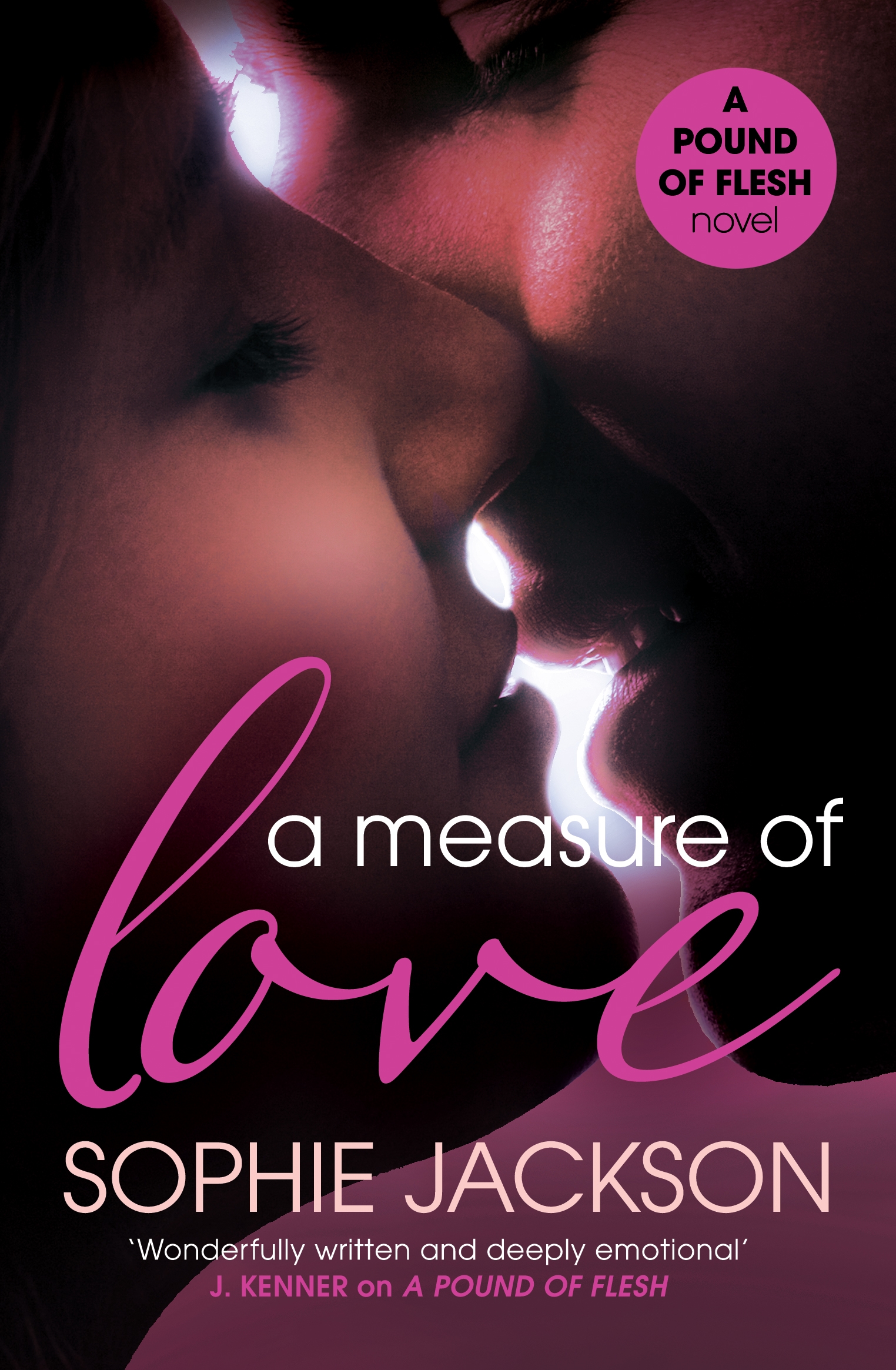 The pound of flesh which I demand of him

Is dearly bought; ’tis mine and I will have it.

The hurried sound of their feet on the sidewalk matched the frantic pace of her heart, while her father’s grip on her hand was almost painful. Her short nine-year-old legs struggled to match his strides, causing her to stumble, all but jogging to keep up. There was a tightness in his jaw she’d never seen before, and his eyes, usually so bright and carefree, were as dark and angry as the sky above them. Foolishly, she felt the sudden urge to burst into tears.

A sound behind them made her look back. From out of the mouth of an alley slunk five hooded men who, despite keeping their heads down, kept up with her father’s swift gait, stalking them like wild animals.

Her father may have uttered words of comfort, words to soothe the fear that crept across her neck, but they were eaten up by the sidewalk when something hard and fast came from behind them, sending her father sprawling, taking her down with him. Disoriented, with knees that burned from skidding across the concrete, she looked up and screamed as a baseball bat connected with her father’s back twice, conjuring sickeningly dull thuds from his body.

She didn’t see the direction from which the hand came that struck her hard across the face, sending her tumbling over the curb and into the street, stars dancing in her vision and her father’s furious bellow ringing in her ears. He staggered to his feet and launched himself at one of their attackers. She watched in horror as fists, feet, and bats rained down on him in retaliation.

Above the cacophony of shouted demands for his wallet, through the barricade of bodies surrounding him, her father yelled at her to run. He pleaded and begged as they battered him, but cold struck her, freezing her solid. How could he ask her to leave? She had to help him, save him! Tears ran down her face and an animalistic cry erupted from her throat.

He groaned in agony when another fist met the side of his head, and his knees hit the ground as she started toward him. She reached out to him, but her arm was unexpectedly pulled hard in the opposite direction. She whimpered in relief, expecting to see a police officer or her father’s security detail—but it was someone not much taller than she was, in a dirty black hoodie.

She screamed loudly when he began to drag her away from where her father was being beaten, fighting and screaming at him to let her go when he hissed at her from under his hood. Did he not realize that her father needed her, that he would surely die without her help? But the stranger kept going, pulling her down the street into the doorway of an abandoned building, two blocks from where the terrifying sound of gunfire filled the air.

She screamed for her father, yanked her hand hard from her rescuer’s grip, and began running back in the direction of the attack. She hadn’t made it far when she was wrestled to the ground by strong hands that pinned her down. She continued to scream underneath him, fighting with everything she had, but soon her body became heavy and exhausted, and her cries and screams became wracked sobs that stuttered into the cold ground beneath her forehead.

The weight on top of her disappeared and two hands lifted her, pulling her back into the freezing doorway. She slumped against him and mewed in pain into his dirty hoodie. She needed to get back to her daddy. She needed to see that he was okay. He had to be okay. An arm around her shoulder and an icy hand against her cheek was her undoing, and she wilted further against her unknown rescuer.

She may have stayed that way for hours; she may have even fallen asleep. The next thing she knew, she was being carried by a man with a beard toward an ambulance. She opened her tear-swollen eyes and saw police and paramedics surrounded by a sea of red and blue flashing lights.

Their expressions, which would haunt her for the rest of her life, told her unequivocally that her father would not be tucking her into bed that night.

Wesley James Carter, Arthur Kill Correctional Facility inmate and all-around punk, smirked at the disgruntled prison guard who’d been demanding his prison number for the past ten minutes. To say that Carter’s insolent behavior and amused expression were agitating the overweight, balding man would be an understatement. Dude was nearly foaming at the mouth.

It was Friday, and five minutes after the guard had clocked out.

All the more reason for Carter to be a difficult bastard.

The guard ran an impatient hand over the back of his plump neck and his tired eyes narrowed. “Listen,” he warned in a low, dangerous voice that no doubt worked like a knife to the throats of other inmates. “It’s very simple. You give me your number. I put it on this form that I have to complete for your corrections counselor, and then I get to go home.”

Carter raised a defiant eyebrow and glared at the pudgy shit. Undeterred, the guard sat back in his swivel chair. “You don’t give me your number and my wife gets pissed. She gets pissed and I have to explain to her that some cocky punk kept me waiting. Then she’ll get more pissed and yell that our tax dollars are what keep losers like you in three meals a day and coveralls.” He sat forward. “So, last time. Number.”

Carter glanced nonchalantly at the guard’s fist gripping the baton attached to his belt and exhaled a long, bored breath. Any other day, he’d be ready for the douche to take a shot; he’d take the beating with a smile plastered on his face. But today, he wasn’t in the mood.

With a fierce scowl, the guard scribbled the number on the form, then wheeled his seat over to give the form to a young blonde admin assistant. The fat fuck was too lazy to get up and walk the six steps.

Carter waited while Blondie typed in the number that had been his adopted name for the past nineteen months. He knew what charges would appear on the monitor: car boosting, handling a dangerous weapon, drug possession, drunk and disorderly conduct to name just a few. Contrary to popular belief, he wasn’t proud of the list of crimes and misdemeanors, which could fill up two full screens. Nevertheless, it did give him a sense of self, which was something he’d been searching for aimlessly most of his twenty-seven years. He was still searching for it and, until he found that something the list was all he had.

A POUND OF FLESH, the first in Sophie Jackson’s A Pound of Flesh series, is out now in paperback and ebook! 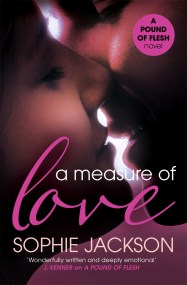 A Measure of Love: A Pound of Flesh Book 3

A Measure of Love is the fifth title in the A Pound of Flesh series from fan-fiction superstar Sophie Jackson.

Riley Moore: Ex-con Riley Moore never forgot the pain of losing his first love. But he doesn't hesitate to return to Michigan when his family needs him - even though it's inevitable he'll see the girl who broke his heart.

Lexie Pierce: Lexie has a secret she's hidden from Riley for five years. As much as she wants to reconnect with him, she doesn't know if he will ever be able to forgive her when he finds out.

Yet when they meet again, memories of their love burn as brightly as ever, despite the pain they both suffered. Can they finally overcome the sorrow of the past and share their life together?

Loyalty. Redemption. All-consuming love against the odds. Prepare to fall for the powerful storytelling of Sophie Jackson. Check out the whole A Pound of Flesh series: A Pound of Flesh, Love and Always, An Ounce of Hope, Fate and Forever and A Measure of Love.