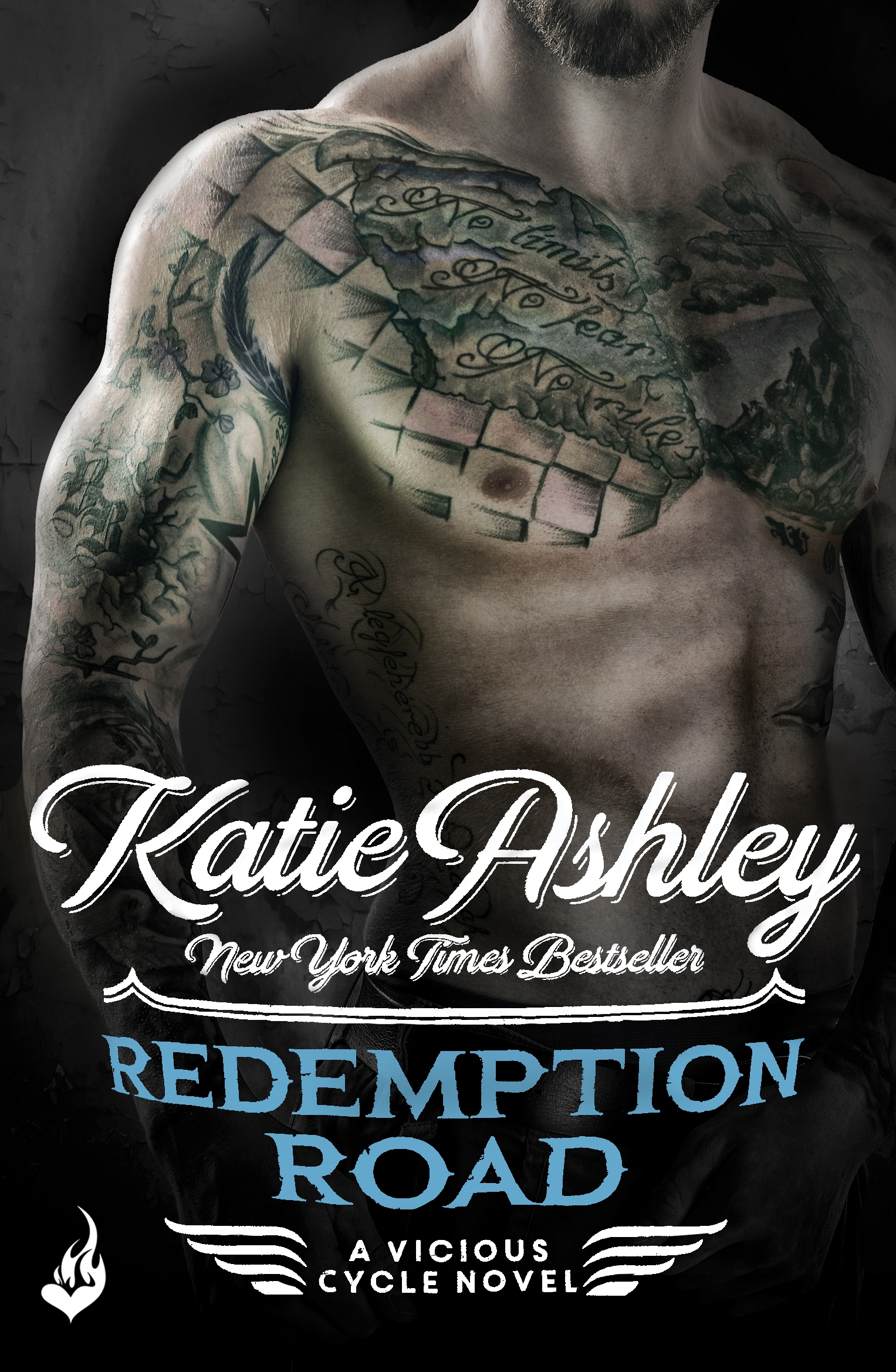 I came awake to find someone shaking the hell out of me. Flipping open my eyelids to escape my tormented unconsciousness, I stared up into the concerned blue eyes of my brother Bishop. His hands gripped my shoulders so tightly I figured there would be marks. “What the fuck, man?” I questioned, slinging him away.

He tumbled back on the mattress. “You were having one hell of a nightmare.”

I sighed and rubbed my shoulders where his hands had been. “Yeah, well, that doesn’t mean I want to wake up to your ugly mug with morning breath in my face,” I replied, trying to ease the palpable tension in the air.

Bishop didn’t laugh. He didn’t make a move to get off the bed, either. He continued staring at me like he hoped he could somehow will me into talking. He’d been giving me the same stare for the past few days while we’d been on the road. Whenever we’d stop for food or to gas up our bikes, I would find him staring at me, chewing his bottom lip like he wanted to say something. He had been desperate since three nights ago, when a personal tragedy within our club allowed him a tiny glimpse at my long- buried secret.

Breaking the silence between us, I asked, “What time is our meeting with the El Paso Raiders?”

I glanced over my shoulder at the glowing digital clock on the nightstand. “That doesn’t give us much time to make it across the state. Better get crackin’ and hit the road. You want the shower

“Nah, you can have it.” As I rose off the mattress, Bishop said, “I’ll go grab us a quick breakfast.”

When I started across the threadbare carpet to the bathroom, Bishop’s words froze me. “Rev . . . you know it doesn’t matter to me what the fuck happened to you—it ain’t gonna change a damn thing about the way I feel about you. No matter what, you’re my big brother and my prez.”

Since I was both too emotionally conflicted and too stubborn to respond, I ignored him and pushed on into the bathroom. After locking the door behind me, I gazed at my reflection in the mirror. Two days of driving across Georgia, Alabama, Mississippi, and Louisiana with minimal sleep had taken its physical toll. That, coupled with emotional stress, had left dark circles under my eyes. We’d packed up to leave so abruptly, I hadn’t bothered with a razor, so my beard was growing in. I looked like the hell that raged inside me.

Turning on the water full blast, I stepped into the shower. I placed my palms flat on the tile and stood with my head under the stream. Rolling my shoulders, I tried to ease my tense muscles.

Two days ago felt like two years and another world ago. It was hard to imagine just forty- eight hours ago I’d been dancing and drinking at my brother Deacon and sister-in-law Alexandra’s wedding. Then one phone call from the Raiders’ unofficial doctor, Bob “Breakneck” Edgeway, had changed everything.

Whenever I closed my eyes, one of two faces would haunt me. It was either the sinister visage of my rapist or the fresh- faced, innocent countenance of Breakneck’s daughter. It had been five years since I had seen Sarah at any of the Raiders events. She’d been an awkward thirteen-year-old girl in braces who had spent most of the BBQ fawning over Eric, the teenage son of our then- president, Case. Now she was a freshman at Texas A& M. From the picture Breakneck had texted me, I could see she’d grown into an auburn- haired beauty with an innocent smile.

The kind of girl that low- life traffickers were always jonesing for.

We didn’t have much to go on other than that it was the Highway Henchmen who took her and were making financial demands on Breakneck to get her back. Apparently, she had spilled the beans that her old man was a biker. Usually, girls kidnapped for trafficking never got a chance of being ransomed back to their families. Instead, they were sold to the highest bidder, into a life of sexual slavery. The thought that Sarah now faced that future turned my stomach and enraged me.

After scrubbing off yesterday’s grit and grime with the hotel’s cheap soap, I made fast work of rinsing. The moment I turned the water off, I heard my phone ringing in the bedroom. Throwing a towel around my waist, I hurried out of the bathroom to grab it. When I saw who was calling, I grimaced. “Yeah?”

“Where the hell are you?” Deacon demanded without even a hello.

“I’m touched that you thought to call me while you’re on your honeymoon.”

“I was just trying to be nice.”

“Yeah, you’re just being a prick is what you’re doing. Now I want a fucking straight answer.”

“Last time I checked, big brother, I wore the president’s patch.” I knew my words were the equivalent of poking a rattlesnake ready to strike. Regardless of whether I was the president of the Hells Raiders, I still owed Deacon an explanation.

“Fine, motherfucker, then answer me as your newly patched vice president, why my two brothers bailed on my reception to hit the road and are now in Texas.”

Defeated, I leaned back against the counter. I knew I couldn’t evade his questions anymore. “It’s complicated.”

Slowly, I began unraveling the story of Sarah’s abduction, and how we were going to get her back from the Henchmen.

“Yeah, that pretty much sums it up.”

Deacon exhaled a long sigh into the phone. “Man, I can’t believe you just left here without taking it to the table. You’re the president, for fuck’s sake. While it’s admirable of you to do this for Breakneck, this situation isn’t just about you. It involves the entire club.”

“You’re not telling me anything I don’t already know. Just tell the guys I’ll deal with any repercussions when I get back.”

“I just hope it doesn’t get any worse.”

REDEMPTION ROAD, the second book in in Katie Ashley’s Vicious Cycle series, is out now! 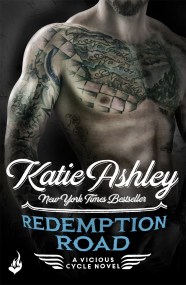 Looking for a walk on the wild side, Annabel Percy, the daughter of a powerful politician, starts dating a biker she knows is completely wrong for her. But she finds herself living a nightmare when she's kidnapped and transported into a hell on earth she never could have imagined.

Born and bred into the Hells Raiders MC, Nathaniel 'Reverend' Malloy lives and dies for his brothers. But when he becomes the unexpected savior of a rival club's captive, Rev makes it his personal mission to nurse Annabel back to health - and to shelter her from the nightmares that torment her.

Once Annabel heals, she's stunned to realize she is falling for the seductive man who saved her. Faced with their impossible attraction, can she accept the life he leads, or will Rev walk away from the only life he's ever known for the woman he was never supposed to love?