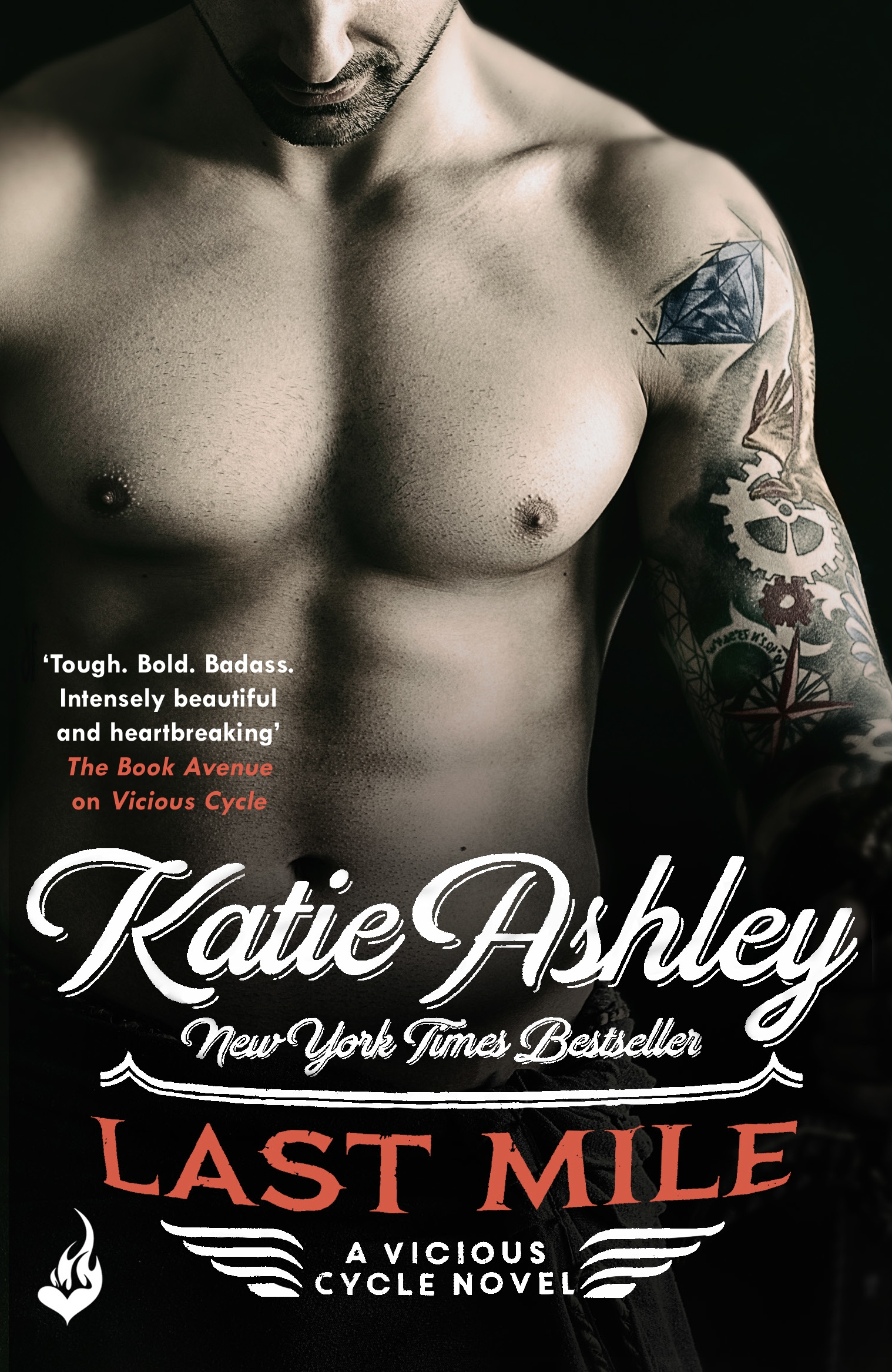 The clang of the opening bell echoed through my ears, sending a jolt of electric energy surging through me. Adrenaline pumped through my bloodstream while muscles and ligaments tightened in anticipation when I came charging out of the corner of the ring. My gloved fists were positioned at chest level to either inflict harm or block a hit.

When you were facing down an opponent, timing was everything. Dodging in just a split second meant the difference between a right cross narrowly missing your jaw and one potentially knocking you senseless. Coming back from a block at just the right moment could also mean the difference in incapacitating your enemy and winning the fight.

I’d faced a lot of adversaries in my day. Most of the time, I was in crowded, noisy bars or in dimly lit back alleys. While I might use my fists defensively to protect my club brothers, I usually relied on other forms of weaponry. Tonight, however, found me under the bright lights of the boxing ring, facing down a fighter I’d never seen before. The one place I was most confident was in the ring. Between the ropes, I didn’t need to count on guns or knives to save my ass—my hands and my body were the only weapons I needed. They could inflict great pain and suffering while making me a champion.

At twenty- five, I’d been fighting most of my life. My old man had gotten me started when I was just a kid as a way to release steam. Considering that he was a former felon turned holy-rolling preacher turned MC president, he had experience defusing hot tempers with intense physical activity. What he hadn’t anticipated the day he brought me into his MC-owned gym was the natural talent I had when it came to boxing.

Tonight as I bobbed and weaved around the ring, throwing rightsand jabs, I found my opponent ultimately to be such a pussy that I wondered if he hadn’t been paid to take a dive, aka lose the fight. But then in the fifth round, he found his second wind and started pummelling my face. I felt the stinging burn of skin slicing open along my forehead and eyebrows. Blood trickled into my eyes, clouding my vision. Instead of becoming a handicap, it merely fueled my rage. As the rounds continued, I began to wear my opponent down. Finally, after the ninth bell, I clocked him one to the jaw and then to the nose. He staggered back, collapsing to his knees and then falling forward onto his face.

The referee smacked the mat to confirm that my opponent was out. When he jumped to his feet, he grabbed me by the arm and jerked it over my head. The crowd clambered to their feet in a loud rush of noise. A cocky grin slunk across my face as I did a triumphant turn, raising both my arms over my head, which caused the crowd to roar their approval. After giving them a fist pump, I started to the corner of the ring, where Boone, the Raiders’ official treasurer and my unofficial trainer, awaited me.

He thrust a bottle of water at me, which I gladly started gulping down. “Breakneck is AWOL tonight, so I texted Rev during that nasty fifth round to bring Annabel by to clean you up.”

“Aw, fuck, man, the last thing I need is shit from Rev because his wife has to patch my bloodied ass up from a fight.”

“Yeah, well, it was either Annabel or the emergency room.” With a snort, Boone added, “Besides, we don’t want to scar up that pretty puss of yours.”

“Whatever,” I grumbled as I snatched a towel off the ropes and started drying off some of the sweat on my chest.

“Need me to do that?” a voice purred behind me.

Glancing over my shoulder, I took in the scantily clad figure of a ring card girl. She was one of the hot-bodied women who walked around the boxing ring holding the numbered round cards above their heads. I had seen her around the last couple of fights. As she tilted her blond head, she gave me her best come fuck me smile.

Regardless of the pain and the bloodied shape my face might’ve been in, my dick automatically responded to her call.

I turned around and took a step closer to her. “Think you could help me out once I get patched up?”

She pursed her red lips at me. “Maybe.”

“I’ll make it worth your while. Several times. I can promise you that.”

Her gaze drifted down my body before her eyes met mine again.

“Okay, champ. We’ll see if you can have two knockouts tonight.”

Boone’s hand landed on my shoulder. “All right, lover boy. Let’s get going.”

When I hopped down, I came face-to-face with Rev. He grimaced at the sight of me. “Boone wasn’t lying when he said you’d gotten pretty fucked up tonight.”

“Doesn’t feel any worse than usual.”

Rev jerked his chin up at the ring, where my imminent piece of ass stood. “Doesn’t look like it’s affecting your ability to get laid, either.”

I grinned. “Nothing but being dead or in a body cast will stop me from getting laid.”

With a chuckle, Rev said, “You’re a piece of work, brother.”

Katie Ashley’s spectacular LAST MILE, the last in the Vicious Cycle series, is out 3rd May! 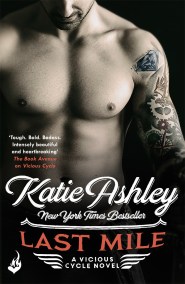 When ATF agent Samantha Vargas's partner takes on a case to infiltrate the Hells Raiders MC, Samantha agrees to go undercover as his old lady. Determined to take down anyone involved in the drug trade, she is surprised to find herself drawn to the very man she is investigating.

Mechanic Benjamin 'Bishop' Malloy has worked hard to carve a place for himself both in and out of the MC world. Taking one of the club's new hang-arounds under his wing, Bishop finds himself conflicted over his growing attraction for the man's girlfriend.

Even though she's determined to bring down the Raiders, Samantha discovers their world isn't as black-and-white as she thought. And as the stakes grow higher, she's in danger of losing more than her heart.