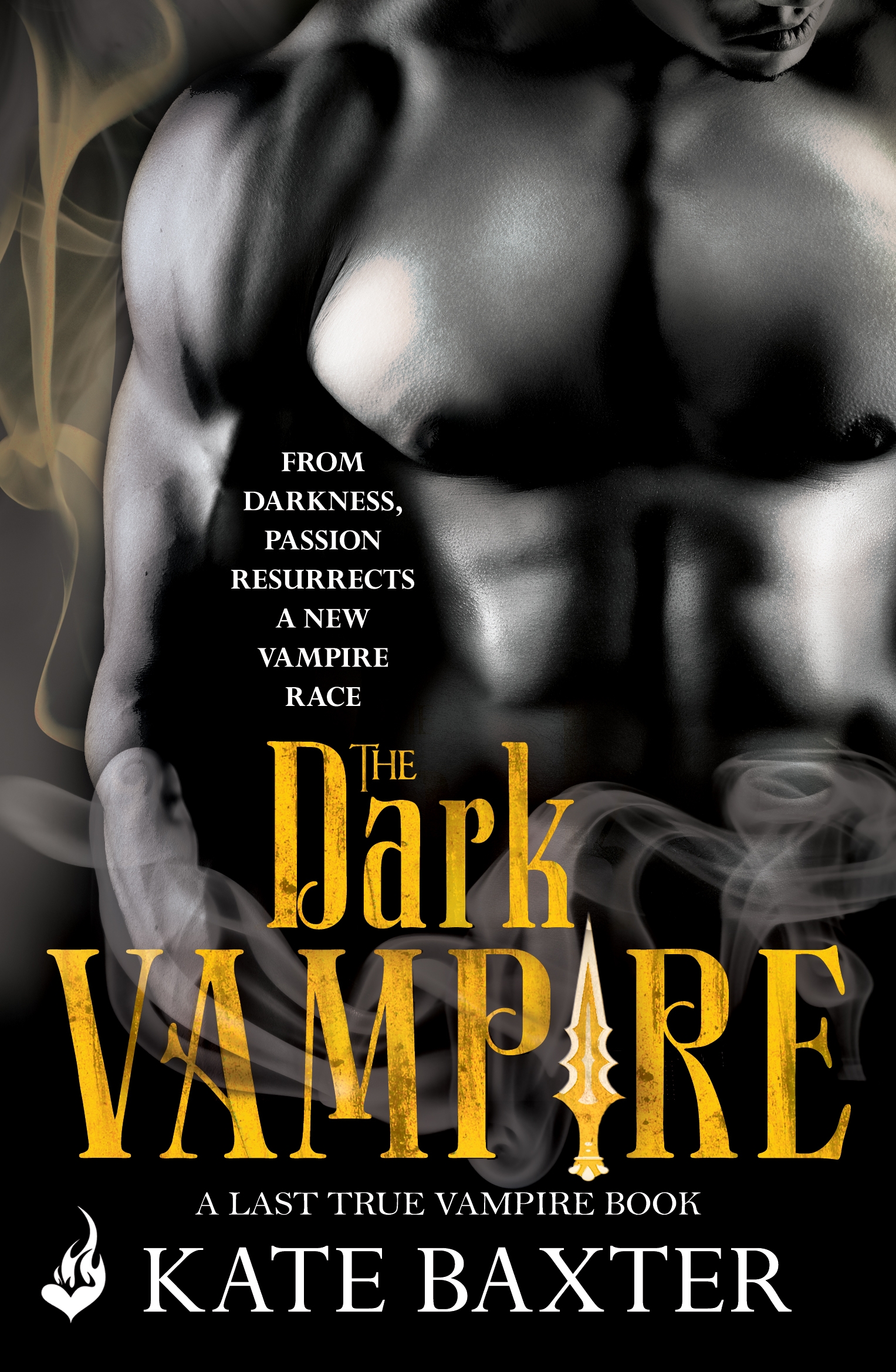 Wasn’t that the fucking truth.

He sealed the punctures in the female’s throat. A slow sigh slipped from between her parted lips as he rolled her limp body off of his chest and onto the mattress beside him. He hadn’t even bothered to get her name, but she sure as hell knew his. Came with the territory when you were one of only a few vampires in a sea of hopeful dhampirs.

Was it so bad that he’d used her body and taken her vein? As a dhampir, she nourished herself from his life force. Whether intentionally or not, she’d used him as well. Besides, he’d made sure she’d gotten off. A few times. He doubted she’d be complaining anytime soon. Hell, he doubted she’d be doing much of anything for a good, long while. Over the course of the night he’d exhausted her body and nearly drained it of blood. In hindsight, he should have gone easier on her, but there wasn’t a whole hell of a lot he could do about that now.

Jenner pushed himself up and swung his legs over the side of the bed as he cradled his head in his palms. The female reached out for him, her arm flopping onto the mattress beside him, hand groping lazily.

The day? Jesus. The thought of being trapped there with her past sunrise caused Jenner to break out into a cold sweat. He wasn’t a stay- over sort of male. And he didn’t want to give her the impression that what had happened between them was anything more than what it had been. Did that make him a heartless son of a bitch? Probably. He was already soulless. He couldn’t feel regret over his recent whoring ways if he’d wanted to. He fucked. Fed. Survived. There was little else to his existence at this point.

“Gotta jet, honey.” What the fuck was her name, anyway? He really needed to start nailing that shit down from the get-go. “Mikhail has strict rules about being away from home base once the sun’s up.”

That wasn’t entirely true, but she didn’t need to know that. Security had certainly become the king’s priority over the past few months. Especially with Gregor—the berserker warlord hell- bent on the vampire race’s destruction—still unaccounted for and Mikhail’s mate, Claire, at the end of her pregnancy. So yeah, he wanted Jenner close, but it’s not like he had a curfew or some shit.

At least, that’s what Jenner thought she said. With her muffled words she could have muttered anything. He glanced over his shoulder at her, all naked willowy limbs and bronze skin. Well, it’d been bronze when they’d started their play earlier in the night. Now her complexion bore an ashen pallor as a result of the amount of blood he’d taken from her. Gods- damn it. Jenner let out a gust of breath. Leaving her weak and helpless would be a class-A dick move. Feeding her from his vein would help to replenish her strength, and he hadn’t drained her to the point that doing so would trigger her transition. He really would have his ass in a sling if that happened. Mikhail had some very strict—not to mention archaic—rules about which dhampirs would be turned. Jenner snorted. By trying to keep the growth of their race under control, his king had inadvertently resurrected a classist system that was sure to enrage more than a few dhampirs. Not to mention rally others to Siobhan’s cause.

Siobhan. Fuck. He’d assured Mikhail that he’d drop in on the female before sunup. In his haste to fuck and feed from the female currently lounging beside him, he’d forgotten all about Siobhan. Time to GTFO.

Jenner leaned back on the bed and scored his wrist with his fangs. He brought his arm to the female’s mouth and her eyes drifted dreamily from his face to the four droplets of blood that formed on his wrist. A lazy smile settled on her lips before she sealed her mouth over the punctures and began to suck. Jenner’s cock stirred, and for a moment he considered doing as she’d asked and staying right there for the duration of the day. She moaned against his flesh and a shiver raced down his spine and settled in his balls.

“Gotta go, sweetheart.” As much as he wanted to bury his cock in her one more time, he had things to do and pissing off Mikhail wasn’t on the list.

Her tongue passed over the punctures—gods, it felt good— and she pulled away with a sensual moan. “Your blood is like a drug, Jenner. Just a sip and I’m wired.”

He wished he knew what that felt like. His own addiction to blood and sex had been reduced to a base need that found no satiation or satisfaction. The thirst was an unquenchable fi re in his throat, his body ached for release, and it didn’t matter how much he drank or fucked. The desperate need never went away.

He was empty. Soulless. And nothing he did served to make Jenner feel full.

THE DARK VAMPIRE, the third in Kate Baxter’s sexy Last True Vampire series, is out 3rd May!

Don’t miss the previous books in the series: 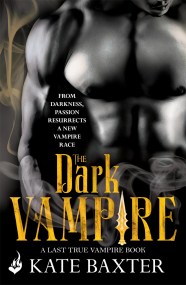 The grave threat to the tortured race of vampires is greater than ever in Kate Baxter's THE DARK VAMPIRE. An unforgettable, intensely emotional, and hot series for fans of Bella Forrest, J.R. Ward, Nalini Singh and Lara Adrian.

For centuries, Jenner has been plagued by the shadows of his past. Now, a newly-turned vampire, he stalks the night like a wild predator, unable to satisfy his insatiable desires. Until a beautiful vampire sets his soul on fire...

Bria is pure innocence, hidden her whole life from a merciless enemy determined to hunt her down. When things become perilous, safety comes in the form of a fearsome bodyguard - Jenner.

One fateful night, Bria is saved by her vampire protector and a blazing connection is sparked. But surrendering to the powerful call of passion means breaking free from the shackles of their pasts. And with the war against the slayers more savage than ever, they must fight to survive. For the vampire race depends on it.