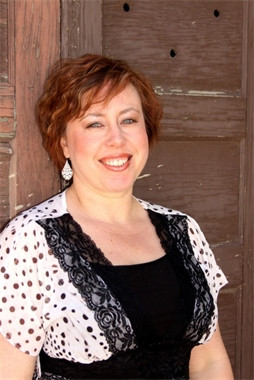 What inspired you to write about vampires?

I’ve always been a fan of vampires! I read Anne Rice’s INTERVIEW WITH A VAMPIRE when I was 17, and after that, I was hooked. I love the aura of darkness that surrounds them, the intensity of their emotions, and the potential for so much self-inflicted torture. I love to write internal conflict and with vampires there is so much opportunity to explore their angst. It’s fun to shed a little light on characters who are condemned to live in darkness!

Was there a book in the Last True Vampire series that you found the most challenging to write? And the most satisfying?

THE DARK VAMPIRE, Jenner’s book, was by far the most challenging to write so far. I’m not used to writing characters like Jenner, who is so completely alpha, and I worried about what readers would think of his overbearing nature. The most satisfying book in the series so far has been THE WARRIOR VAMPIRE. Ronan and Naya’s story had been bouncing around in my brain for years before I wrote it. The words flowed and the book was so easy to write.

Do you have a favourite out of your vampire heroes, Mikhail, Ronan and Jenner?

There are definitely things about each of them that I love! I love Mikhail’s angst, and Ronan’s snarky playfulness, and Jenner’s intensity. They each have something unique to bring to the table. I couldn’t possibly pick a favorite. I wouldn’t want to make anyone jealous. 😉

Your heroines are just as feisty as your heroes. Is this important to you?

A feisty heroine is essential to my writing. I’m a HUGE fan of the “unlikeable heroine.” I admire strong female characters and I like to write them as being as complex as their male counterparts. I love strong heroines, but to be strong, I think it’s important to write a heroine who’s flawed. Claire is a con artist, Naya is stubborn and refuses to accept help, Bria can be reckless and her naivety can certainly be seen as a flaw.  I like tough heroines, but I also like relatable heroines. And no one is perfect.

The series is set in LA, why did you choose this infamous city?

For some reason, LA seemed like the perfect place for a bunch of vampires to call home. I wanted them in California. Forcing a bunch of nocturnal creatures to live in one of the sunniest places on earth was too good to pass up. Plus, I wanted them in a city where paranormal creatures would easily blend in. Where there would be never ending nightlife and the possibility to create conflict. LA seems so sensual, and seductive, and even a little seedy. I wanted them in that sort of environment where glitz and glamor rubbed elbows with down and dirty.

What do you think it is about vampires that readers seem to fall for?

Vampires are eternally seductive. Even Bram Stoker recognized the allure. They represent eternal life and sacrifice. If you think about it, a vampire gives up a lot in exchange for immortality. Food, sunlight, the chance at a normal life, the possibility of watching those you care about growing old and dying or succumbing to illness. It’s a lonely existence and that isolation is what spurs the romantic notions of a vampire searching for a mate. Because in the end, the sacrifice is nothing without someone to spend eternity with.

I’m torn on this one. As a lover of all men, I can appreciate them both! 😉 I have a tendency to want to write nice guys. Clean-cut, upstanding, mature, and responsible. The guy who would never let you down. But bad boys really have their appeal as well! Gruff, arrogant, who acts like he doesn’t care about anything. That is, until he meets the heroine. Why not have the best of both worlds? Take a bad boy and turn him into a nice guy!

What do you prefer, vampires or werewolfs?

This is a tough one to answer because Christian Whalen, a character I introduced in THE WARRIOR VAMPIRE, is a werewolf and I have an absolute crush on him! He’s a werewolf I could get behind! Or beside…or under… Well, you get my point! I think if I have to choose, however, I do prefer vampires. Dark and broody—not to mention the fact he’s obsessed with putting his mouth on your throat—pretty much does it for me. I’d volunteer to be a blood donor any day!

Were you inspired by any paranormal romance authors?

I am such a HUGE fangirl! I met Patricia Briggs last year at RT and I almost couldn’t speak I was so star-struck. I’ve met Kresley Cole too and I seriously had to keep reminding myself NOT to do anything to embarrass myself. I love Larissa Ione, J.R. Ward, Lillith Saint Crow, Kalayna Price, Darynda Jones, Anne Rice… I could go on and on. I’m in awe of their talent and every time I sit in front of my keyboard, I aspire to write as well as they do.

Can you tell us a little more about the development of this exciting, dangerous world you’ve created and what’s in store for your characters next?

The thing that I love about this world is that it is so vast, I could write in it forever. With each new instalment, new possibilities branch out in so many directions. I could write about Mikhail’s coven, the dhampirs, the Sortiari, Naya’s pod in Crescent City, even Gregor and the berserkers… Each new book introduces new characters and new possibilities and I want to explore them all.

Where would you like the Last True Vampire series to go next?

By the end of Jenner’s book, there are 3 new vampires in the mix. I’d like to keep exploring the tethers of these vampires while moving forward with the Sortiari, Gregor’s plans, and of course, Siobhan. Her story isn’t ready to tell, but I’m looking forward to weaving her storyline into future books to set up for it. I like for the world to unfold for readers as it’s unfolding for the characters. That way, we can all experience the ride together. 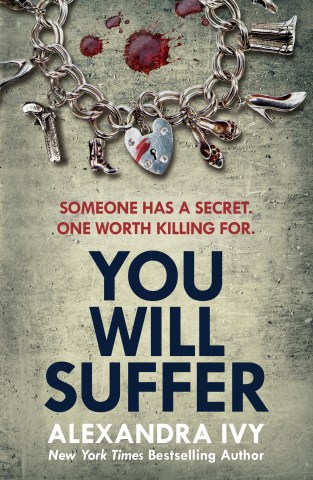