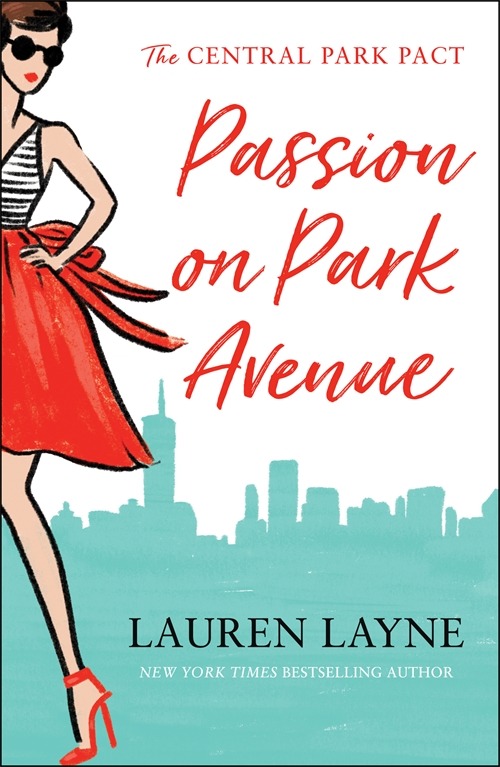 Naomi Powell figured there was no good way to discover that the man you’d been dating for three months was married to someone else. But of all the possibilities, learning about the existence of a Mrs. Brayden Hayes via the cheating bastard’s obituary?

The taxi pulled to a stop outside Central Presbyterian, and Naomi nearly lost her nerve, her instincts screaming for her to tell the cabbie to take her back to the Lower East Side.

Instead, she handed the driver a twenty, shoved open the door, and stepped onto ritzy Park Avenue as though she belonged there.She pulled her Gucci sunglasses out of her bag and slid them onto her nose—the overcast July day didn’t quite warrant the shades, but she was walking into a funeral. People would hopefully think the purpose of the sunglasses was to hide red, puffy eyes rather than what it really was:

Screw that, Naomi thought furiously, pushing the sunglasses back up into her dark red hair and marching with purpose toward the stately Gothic-style church. She didn’t need a disguise. At twenty-nine, Naomi had spent most of her lifetime
dealing with people trying to make her feel inferior, and she’d be damned if she let a turd of a playboy succeed from beyond the grave.

She had just as much right to be here as anyone else. It’s not like she’d known he was married. She hadn’t even known he lived in Manhattan. Naomi wasn’t sure she knew a single damn thing about the real Brayden Hayes, but even around all her anger, she still wanted the chance to say goodbye.

The man had made her life better, for a while at least. Even if he was making it a hell of a lot worse now.

She sighed and slid the sunglasses back onto her face. Not to protect herself, but to protect Brayden’s wife. Naomi had no idea if Claire knew of her existence, but on the off chance she did, Naomi didn’t want to make this any harder on the woman than it already was.

Naomi walked up the steps to the church as Brayden’s obituary rattled around in her brain, the way it had for days. The victim of a tragic yachting accident, Brayden Hayes is survived by wife, Claire Hayes …
A yachting accident. Really? Really?

Wasn’t death by luxury boat just a little too good for a womanizer with the morals of a lump of coal?

The only saving grace of the situation, and Naomi had had to look really hard to find one, was that Claire and Brayden hadn’t had any children. Thank God for that. It was the only thing that had kept Naomi from breaking completely when she’d learned of Brayden’s double life. She knew all too well the havoc a philandering asshole could wreak on a child’s life.

Naomi stepped into the dark, quiet church and walked toward one of the back pews. Several people turned and looked her way, and her footsteps faltered.

On a rational level, Naomi knew they were merely turning instinctively at the sharp click of her Louboutin stilettos against the church floor. Some maybe even recognized her as the Naomi Powell from the latest 30-under-30 list, or from her interview on the Today show.

But everywhere she looked, Naomi saw only disdain. As though they could see beyond the conservative Chloé dress to her Bronx roots. As though they knew she was the other woman. The very identity that had destroyed her mother and that Naomi had sworn to avoid.

She sucked in a breath, trying to gather the defiance that had turned her from a nobody into one of the city’s wealthiest women. She tried to gather the confidence that had earned her a spot on every “women to watch” list in the nation. But today, she didn’t feel like a bright up-and-comer in the business world. Today she felt small. Worse, she felt dirty.

Naomi watched as a woman pursed her lips and turned away, as though unable to look any longer upon Brayden Hayes’s whore. That’s what he’d made her. A lifetime of trying to avoid her mother’s footsteps, and one Upper East Side scumbag had turned her into her own worst nightmare.

Naomi didn’t even realize she’d turned around and left the church until she felt the warm summer breeze whip at her hair. Didn’t register what direction she was walking until she hit the eastern edge of Central Park.

Only then did she let herself truly breathe, sucking in big lungfuls of air. But she didn’t cry. Naomi had promised herself a long time ago she’d never cry because of a man.