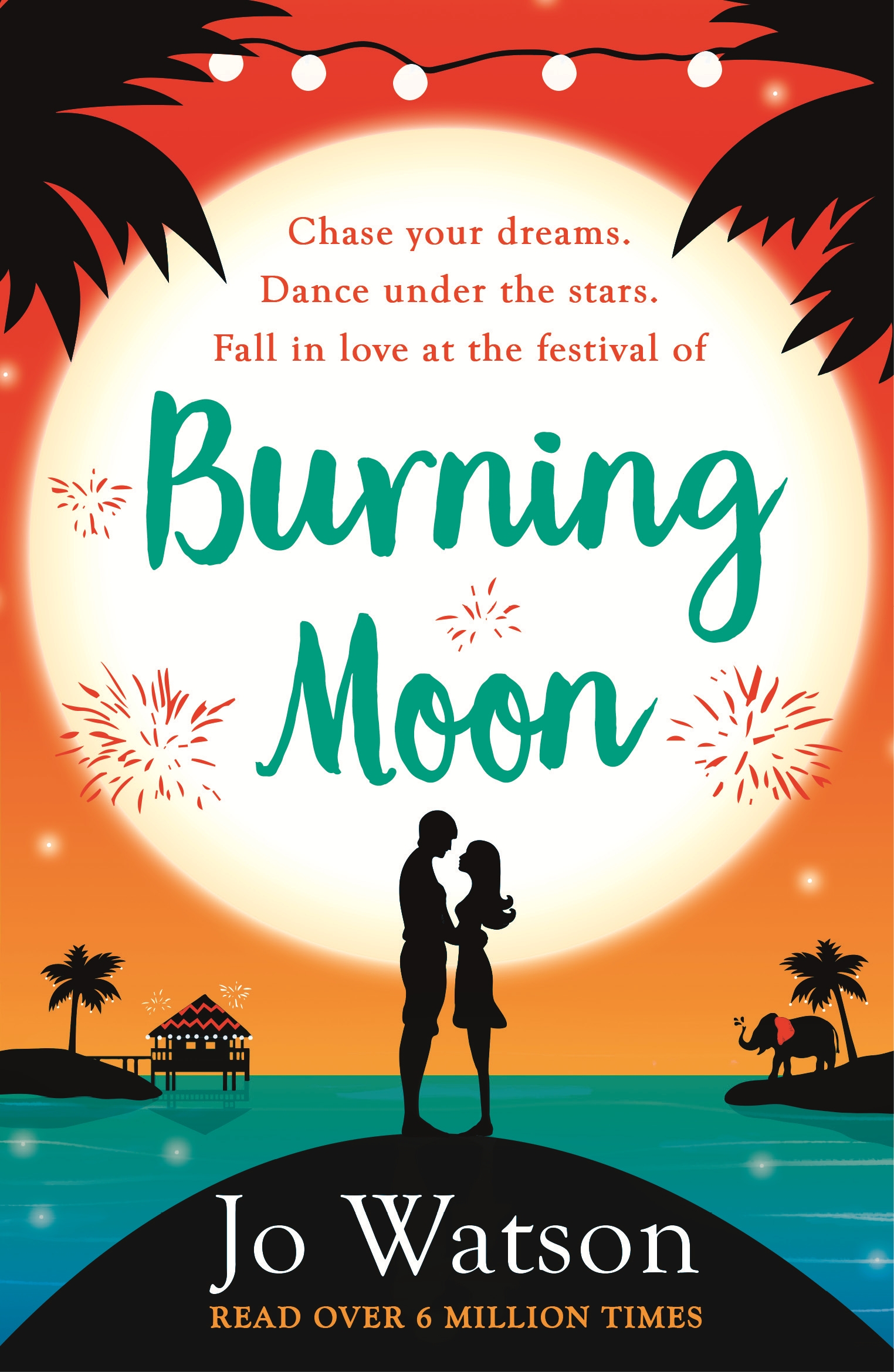 August Book of the Month

No matter how long I stared at the scribbled note, the meaning stayed the same. I held it up hoping, praying that the sunlight would illuminate the other words that had been written in magic invisible ink.

Just those four tiny little words…and yet they had the power to bring my whole world crashing down around me in an instant. Splintering and exploding into a million little pieces.

I finally managed to pry my eyes from the note and found myself staring into the terrified faces of my stepsister and two best friends. They were looking at me as if I was about to have a celebrity meltdown, shave my head, and then poke someone’s eye out with an umbrella. They looked very concerned. Like I was a ticking time bomb waiting to explode.

And they were right.

I was teetering on the brink of insanity. I could feel it trying to suck me in like an all-consuming black hole. The tug was almost too hard to fight.

Did I even want to fight it?

But what would happen if I let go? I knew I was in shock right now, drenched in a sort of numb, detached feeling. But I could feel the other hostile emotions bubbling their way to the surface and fighting to take control.

I blinked. My eyes were stinging.

I tried to open my mouth and speak.

It was dry and nothing came out.

I looked at my best friends Jane and Val, my rocks, the two people I could always rely on for help…But they said nothing. Not a word. Just terror plastered across their faces.

I shifted my gaze to my stepsister Stormy-Rain. Unlike her name, she was a ray of tie-dye-wearing sunshine. She had the ability to turn even the most terrible situation into a positive. Again…nothing. Just stupefied horror plastered across her now-ashen face.

I looked down at my shaking hands; they were crunching the corners of the note. My heart felt like it was going to break through the safe confines of my rib cage, taking my stomach and lungs with it.

Rage combined with shock and gut-wrenching sorrow, and I snapped. It overwhelmed me, rising up from the most primitive part of my soul where logic, rules, and intellect wielded no power. This was a place of red, raw, uninhibited emotion.

And so I screamed at the top of my lungs until my voice went hoarse and my throat was raspy.

My desperate fingers franticly ripped at my wedding dress, a dress that had taken my two friends ten minutes to get me into, thanks to the intricate crisscross ribbons of the bodice. But I was trapped.

Jane and Val sprang into action, simultaneously grabbing at the stubborn ribbons, but it was taking too long. The air around me became too thick to breathe, and I felt like I was drowning.

Val made a move for the knife that had arrived earlier with the room service, and, without hesitation, she sliced through the intricate satin ribbons. The sound of the serrated knife eviscerating them was like fingernails down a blackboard; it made my skin crawl. But I could feel the bodice getting looser and looser, until it finally slipped down my aching body and pooled lifelessly on the floor.

I was finally free.

And then the tears came. Hot, wet tears streaming down my cheeks and streaking my flushed skin with angry black mascara lines. The tears turned to sobbing.

I looked at my dress, reduced to a pathetic puddle of ribbons, satin, and beads at my feet. But I still felt trapped. My hair! The perfect updo, held together with delicate pearl clips. Suddenly, it felt like every strand of hair was tightening around my head, like a boa constrictor going in for the kill. My fingers ripped, desperately trying to free it from its pearly captives.

I wanted to get the pearl clips removed. Gone. Off. Out. I wanted to rub every single trace of the wedding away.

I pulled out my earrings and grabbed the nearest tissue, rubbing my red lipstick off until my lips hurt. It smeared across my face like an ugly rash.

If someone were standing outside the window looking in, they would have pegged me for a crazy person. And I wouldn’t have blamed them. Because somewhere in the back of my now-estranged rational brain, I knew I looked like a lunatic escaped from a mental asylum in desperate need of a straitjacket and drastic electroshock therapy. But how the hell else should I be…

Michael Edwards—fiancé of one year, perfect boyfriend of two—had left me, Lilly Swanson, just ten minutes before I was scheduled to walk down the aisle. The bottle of perfume that he’d wanted me to wear today, insisted I wear, because “it was his favorite,” mocked me from the dressing table. So I picked it up and threw it against the wall, watching it shatter into a million pieces, just like my life. I was hit by the sweet smell of jasmine and felt sick to my stomach.

What was I going to tell the five hundred guests who were sitting in the church waiting for me? Some had even flown here to South Africa all the way from Australia.

“Hi, everyone. Thanks for coming. Guess what? SURPRISE! No wedding!”

A wedding that my father had spent a small fortune on.

A wedding that was going to be perfect.

I’d made sure of that. I had painstakingly handled every single tiny detail. It had taken months and months of meticulous planning to create this day, and now what?

Things went very blurry all of a sudden. I vaguely remember my brother James bursting into the room, screaming insults and then vowing to kill him. He even punched the best man when he claimed to have no knowledge of Michael’s whereabouts. My rational, logical father tried to find a legitimate motive for Michael’s behavior, insisting we speak to him before jumping to any rash conclusions. Hundreds of phone calls followed: Where was he? Who had seen him? Where did he go?

At some stage the guests were told, and the rumor mill went into full swing…

He’d had an affair.

He’d eloped with someone else.

He was a criminal on the run.

He’d been beamed up by aliens and was being experimented on. (Hopefully it was painful.)

People threw around bad words like bastard, asshole, and liar. They also threw around words like shame, sorry, and pity. They wondered whether they should take their wedding gifts back or leave them. What was the correct protocol in a situation like this?

While the world around me was going mad, I felt a strange calm descend. Nothing seemed real anymore, and I began to feel like a voyeur looking at my life from a distance. I didn’t care that I was sitting on the floor in my bra and panties. I didn’t care that my mascara and lipstick were so smudged I looked like Batman’s Joker. I just didn’t care.

Some minutes later my other brother Adam, the doctor, burst in and insisted I drink a Coke and swallow the little white pill he was forcing down my throat. It would calm me, he said.

Shortly after that, my overly dramatic, theater-actress mother rushed in to give the performance of her life.

“Why, why, why?” She placed her hand across her heart.

“What is this, a madness most discreet? A stench most foul?” She held her head and cried out, “Whyyy?!”

“For heaven’s sake, Ida, this isn’t some Shakespearean bloody play.” I could hear the anger in my father’s voice. Even after eighteen years of divorce, they still couldn’t be civil to each other.

“Lest I remind you that all the world is a stage,” my mother shouted back, the deep timbre in her voice quivering for added dramatic tension as she tilted her head upward and clenched her jaw.

“There you go again with your crap! Clearly you still haven’t learned to separate fantasy from reality!”

“Well, I managed to do that with our marriage!”

Adam jumped between them. “Stop it. This isn’t the time!”

And then all pandemonium broke out.

The priest came around to offer some kind of spiritual guidance but exited quickly, and very red-faced, when he saw my state of undress. Some inquisitive relatives stuck their heads through the door, painted with sad, sorry puppy-dog looks, but they, too, left when they saw me spread-eagled on the floor.

An enormous ruckus ensued when the photographer burst in and started taking photos of me—no one had told him. The ruckus became a total freak show when my favorite cousin Annie, who had designed my dress for free as a wedding gift, saw the state of her “best creation” lying crumpled and torn on the floor. She looked like she was about to cry.

Then the room went very blurry and the noises around me combined into one strange drone.

I closed my eyes and everything went black.

Love your life. Chase your dreams. Dance under the stars. It’s all waiting for you in BURNING MOON, available now in ebook!

And look out for the scorching paperbook edition on 9th February! 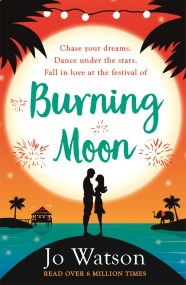 From the author of the 100,000 copy-selling rom-com, Love to Hate You! No one makes you laugh like Jo Watson!

'I'm kicking myself for not reading this book sooner!' Goodreads reviewer

Chase your dreams. Dance under the stars. Fall in love at the festival of Burning Moon.

WARNING: Being jilted at the altar in front of 500 wedding guests can lead to irrational behaviour, such as going on your honeymoon to Thailand alone.

On the way to paradise, symptoms may include getting arrested, setting yourself on fire, turning up on a 'Missing Poster' and going viral.

Recovery will lead to partying the night away at Burning Moon festival - and falling in love with the person you least expect...