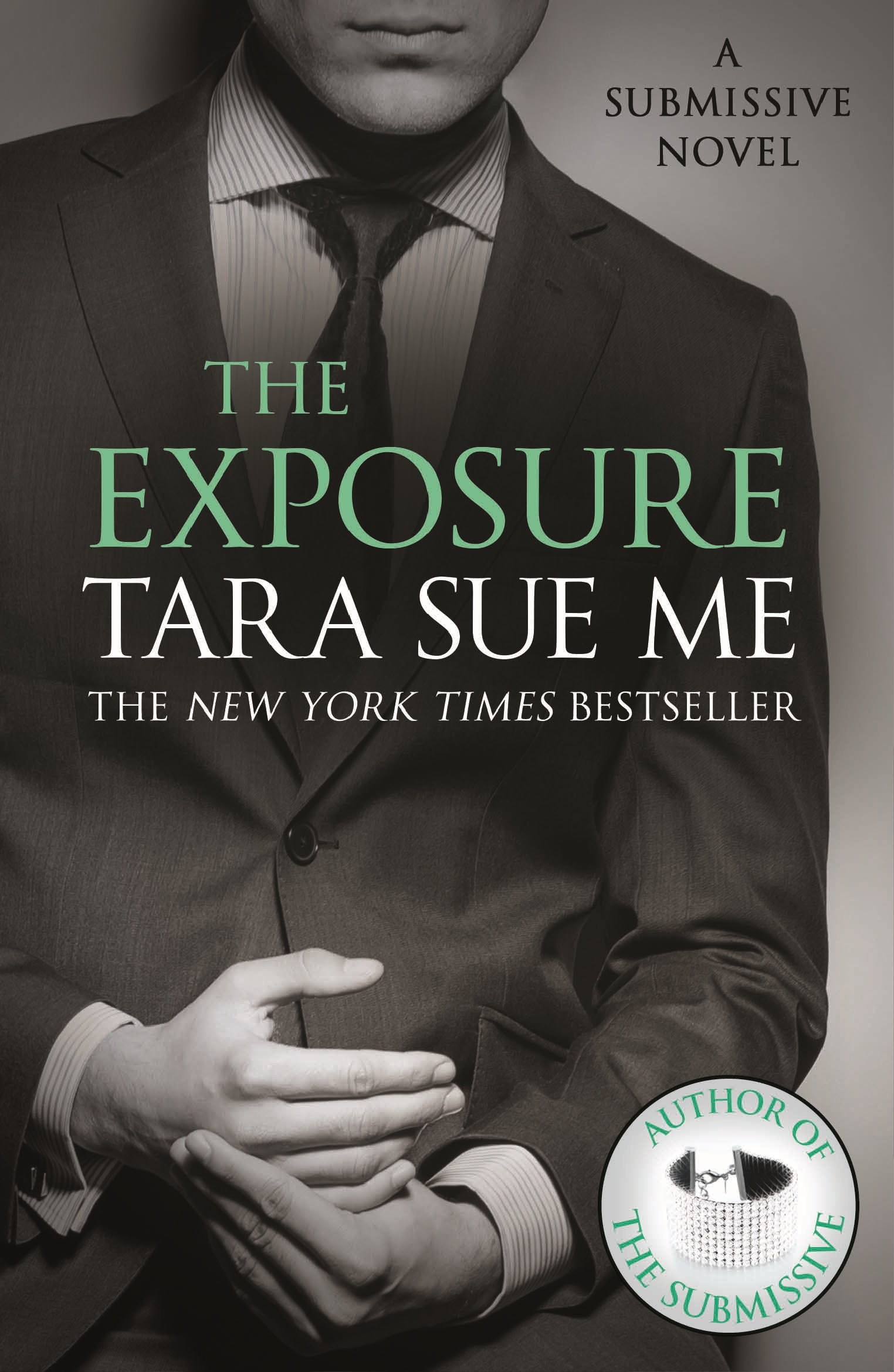 Meagan Bishop should have taken the paper cut as a sign. A sign with flashing red lights that read OPEN LATER. But instead, she shook her finger and tried to open the invitation without getting blood on the fine linen paper. And since she insisted on opening the envelope, she really had only herself to blame when the contents punched her in the gut.

Guy Ferguson had been nominated for an Emmy and he’d invited her to his celebratory dinner. Because, as he’d made a note in his flawless script, “I couldn’t have done it without you.”

She hated the Emmys.

No, that wasn’t it. She hated that Guy Ferguson had been nominated for one. Guy Ferguson, the man she’d groomed years ago for a correspondent position doing human interest stories. She already worked for the news organization and even though she secretly wanted the job, she instead helped Guy, an acquaintance she knew from college, in his quest. She remembered his smile and hug when he’d received the offer. And in the years that followed, he’d always drop her a note when he climbed another rung on the corporate ladder.

She told herself she was settled in her executive position for the same media corporation, but the truth was, she still yearned to be in front of the camera.

Her phone rang, and she shoved the invitation into her desk drawer and answered without looking to see who it was.

“Ms. Bishop, this is Officer Smyth at the front desk. There’s a Mr. DeVaan here to see you.”

She almost told the security guard that she was too busy and to send him away. But she was insanely curious as to why Luke would be stopping by.

“Send him up,” she said. She pulled a compact out of her purse and checked her hair, smoothed the platinum blond strands and made sure there was nothing between her teeth. She reapplied lipstick and chided herself the entire time.

She’d just popped a breath mint in her mouth when he knocked on her door.

He opened the door and stepped inside. As always, the sight of him made her heart beat a bit faster and her stomach flip. He, of course, didn’t look affected at all. Damn the man. He simply stood there smiling at her with his cocky grin and his gray eyes dancing with amusement.

“Luke.” She waved toward an empty chair. “What brings you by today?”

“Thanks for seeing me, Meagan.” He sat down. “I know you’re busy and we’re past mindless small talk. I won’t take up too much of your time.”

“Sounds like an amazing opportunity,” she said. “I’m glad you think so. I’d like for you to be my model.”

He spoke it so matter-of-factly, so by-your-leave, she wasn’t sure she heard correctly. “What?”

“I’d like to showcase you. I want you to be the model in the pictures.”

It didn’t make any more sense when he said it the second time. “Are you out of your mind?” she asked.

“Not the last time I checked.”

She leaned back in her chair and glared at him. “I think you have some nerve traipsing into my office and asking me to model for you. Correct me if I’m wrong, but we tried that once before and it was you who said we shouldn’t do it again.”

“That was over fifteen years ago, Meagan.”

“Some things a girl doesn’t forget.” Like having his body hot and hard against hers. His smooth voice whispering sexy little nothings in her ear.

And, days later, his insistence that not only could they not see each other anymore, but that it would be for the best if she found a new photographer.

“I had no idea you could hold on so tightly to something that happened so long ago,” he said.

“Forgive me if I’m trying to abide by the boundaries you set up.”

She stood up. Luke had consumed enough of her time today. “If you don’t have anything else, can I walk you out?”

He stood, ready to leave, she was certain, but then he looked down and his lips curled into a smug smile. “Boundaries, huh? I haven’t seen that cover in years.”

“Abby brought those by. Someone she knows found them and recognized me.”

His finger traced the image of her face. “Is that right?”

“Yes, your name wasn’t even mentioned.” She added that just to show him how little she thought of him and his visit and his photography skills.

He lifted his head and the grin that had started out in the corner of his mouth spread to his entire face. “The lady doth protest too much, methinks.”

“I don’t know what you’re talking about, Shakespeare.”

Still smiling, he moved to her side of the desk and stood much too close. “You see, sweetheart, when you have to constantly say something, it comes across as if you’re trying to convince yourself of the fact.”

She rolled her eyes. “I forgot. Not only are you a photographer—you’re also a freaking mind reader. Tell me, is it your experience behind the camera or as a Dom that makes you think you know everything?”

He chuckled and the sound was warm and inviting and seductive. “Now, you know I don’t claim to know everything. But I know this.” He stroked her cheekbone with the back of his hand. “I still make your blood race and your heart pound. You and I have unfinished business and one of these days, we’re going to see it to completion.”

Damn him for knowing her so well. She jerked away. “In one of your better dreams, maybe.”

He ignored her barb. “I know because you make my blood race and my heart pound and I’m not going to ignore it forever.”

She breezed past him and opened the door. “I don’t expect you to ignore it forever. Ignoring it for the next fifty years will suit me just fine.”

“Keep telling yourself that, sweetheart. No need to walk me out. I know the way.” He hesitated at the door and turned back. “We were great together once, Meagan, and frankly, I think we’d be even better now. If you change your mind . . .”

“If I change my mind, I’ll have myself committed.”

He tipped an imaginary hat and left.

She thought that would be the last she heard or even thought about Luke for a long time. Since she’d already made up her mind not to go to his club anymore, she wouldn’t see him there and the truth was, they really didn’t travel in the same social circles.

But even though she didn’t see him, she wasn’t able to banish him from her thoughts quite as easily as she thought she should. After the day he stopped by, he popped into her mind at the most inopportune times. Like when one of the Doms she casually played with happened to call. She told herself she turned down his offer of playing because she was really busy with work, but deep inside she knew better. It was because of Luke

A week after his visit, she finally got around to putting the magazines away.

That, she decided, was that.

But two days later, she sat at her desk, trembling, as she reread the e-mail on her screen for the fifth time.

It’s reckoning day, bitch. I bet after all these years, you thought no one knew what you did seventeen years ago. That’s exactly what I wanted you to think. But now it’s time to pay up or be exposed for the lying whore you are.

Luke DeVaan has some things I want and you’re going to get them for me. I don’t care how you do it. I’m sure a slut like you can think of something.

We’ll start easy with a little test. Find out the location of his next building site and reply to this e-mail. You have three days. If you fail, you will be punished.

Seventeen years ago? She swallowed. She had been so certain only her brother knew what happened that summer. If the person who sent the e-mail had any idea, it could not only damage her life and her brother’s, but also ruin the reputation her father had worked so hard for.

The e-mail address was generic. She drummed her fingers on her desk and tried to think of someone she knew who could discreetly look into who it belonged to. The problem was she’d have to let them read the e-mail and she did not want to go into what happened that summer seventeen years ago.

She wasn’t going to the police, obviously. Not without thinking this through more. And she wasn’t about to give in to the demands. Which left her doing nothing.

It was probably no more than a game of chicken and she wasn’t interested in playing. With a nod of her head and few quick keystrokes, she deleted the e-mail.

She tried not to think of it in the days that followed, but it was difficult. She kept wondering who it could be, what exactly they knew, and what they were going to do at the end of three days. Hadn’t she always heard that you weren’t supposed to give in to blackmail demands? That things would only escalate?

THE EXPOSURE is available now!

And don’t miss the other seductive titles in Tara Sue Me’s Submissive series. 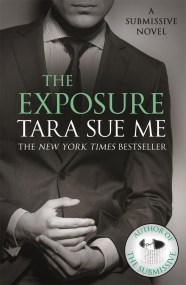 by Tara Sue Me

Fans of E. L. James, Sylvia Day, Maya Banks and Beth Kery will be seduced by New York Times bestselling author Tara Sue Me's electrifying Submissive series. The Exposure is a scorching story that proves the difference between excitement and pain is just point of view...

Before there was the fan fiction that became Fifty Shades of Grey, there was The Submissive... Indulge in the series that started it all: The Submissive, The Dominant, The Training, The Chalet, The Enticement, The Collar, The Exhibitionist, The Master, The Claiming, The Exposure and The Flirtation.