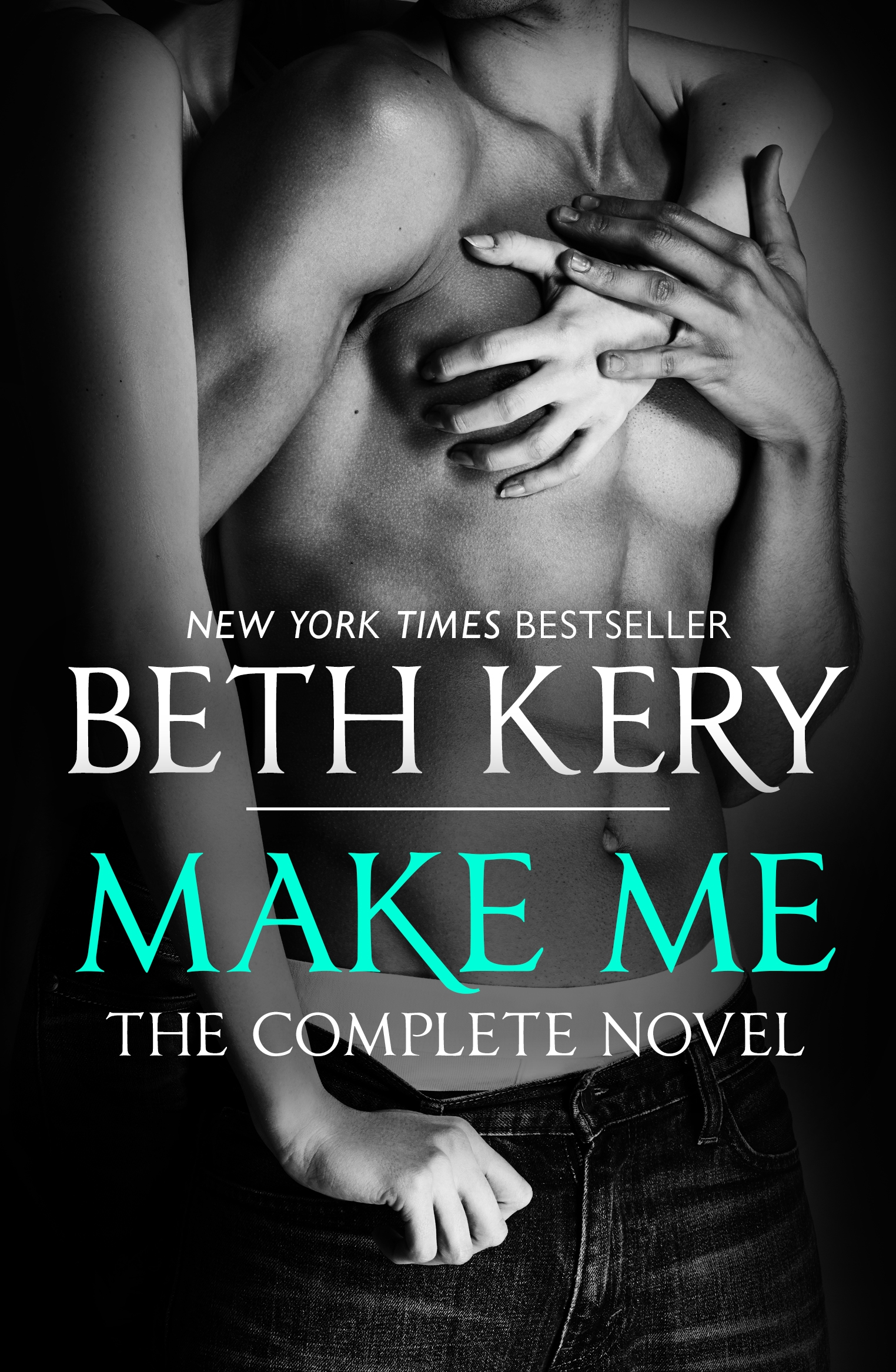 There was something about the Tahoe air that made everything clear and luminous. Not just physical things, either, Harper McFadden thought as she jogged down a stretch of beach, the cerulean lake glittering to the left of her. Her perception felt sharper in her new home. She felt a little lighter. The brilliant sun and pure air seemed to penetrate even the murkiest, saddest places of her spirit.

That was it. She felt more alive here than she had since her parents’ tragic death last year. Hopefully she was slowly—finally—leaving the shadows of grief behind.

She tensed and pulled up short in her run when a large, dark red dog with white markings began to charge her. She staggered back, dreading the imminent crash. The slashing teeth. “Stay calm around them. Keep your fear boxed up tight. It’ll only make them more aggressive if they sense it.”

The big dog pulled up at the last minute. He started to spin in excited, dopey circles in front of her.

She gave a startled laugh. “You’re not so scary, are you?” she murmured, reaching down cautiously to pet behind floppy ears. The dog immediately stopped dancing around and lifted his head, eyelids drooping and tongue lolling. Harper laughed and rubbed harder. “No, you’re just a big pushover, aren’t you?”

Clearly, this particular dog was a cuddly pup with the appearance of a bear. Even so, her limbs still felt a little tingly from anxiety. This was one of the few things she wasn’t so fond of in her new town. People adored their dogs here, to the point where they brought them inside the local stores and even the post office, and no one complained. She’d also noticed Tahoe Shores canines tended to be of the enormous variety. Unlike her former home in the Nob Hill neighborhood of San Francisco, leash laws were largely ignored here.

A figure cast a shadow over her and the dog.

“Sorry about that. He’s like a two-year-old kid with the body of an ox. He doesn’t know his own weight.”

Harper didn’t glance up immediately when the man approached. The thought struck her fleetingly that while his dog was a hyper, quivering beast, his owner’s voice sounded mellow and smooth. Unhurried.

She dropped her hand from the enraptured dog and straightened. His head and shoulders rose above the background of the Sierra Nevada mountains and the setting sun. His dark shadow was cast in a reddish-gold corona. She held up her hand to shield her eyes and squinted. He came into focus. Her hand fell heedlessly to her side.

He was wearing a pair of dark blue swim trunks and nothing else. He’d just come out of the water. The way the trunks molded his body shredded her thoughts. Water gleamed on a lean, powerful torso, gilding him even more than the sun and his bronzed tan already did. His short, wet hair was slicked back from a narrow, handsome face. Like her, he squinted as he examined her, even though he was turned away from the sun.

“It was a little intimidating, to be honest,” she managed, gathering herself. He was gorgeous, sure, but she was still a little irritated that he let his gigantic dog roam free. Not everyone thought it was fun to be run down by a hundred-and-fifty-pound animal. People around here really needed to watch over their dogs better. “He was coming at me like a locomotive,” she added.

“This is a private beach. It belongs to a friend of mine.”

Harper blinked at the sudden coolness. It wasn’t just his clipped tone, either. His narrow-eyed gaze was somehow . . . cutting as it moved over her face. It was like being scanned by a laser beam. The thought struck her that whoever this guy was, he regularly left people feeling tongue-tied and about six inches tall. “I’m sorry,” she said stiffly, standing tall to diminish the shrinking effect of his stare. “I was told by my Realtor that a Tahoe Shores resident could walk or run along the entire lakeshore within the town’s city limits.” She started to walk away from him.

“What?” She halted, looking over her shoulder.

Something crossed over his features, there and then gone. Was it frustration?

“You’re right, technically speaking. The beach directly next to the lake is the town’s property, even if we are on my friend’s property at the moment,” he said dryly, nodding at the distance between where they stood and the lake forty or so feet away.

“I’ll get closer to the water, then.”

“No, that’s not what I meant. I wasn’t calling you out for crossing my friend’s beach. He’d be fine with it. You’re welcome anytime.”

“Oh.” She gave a small shrug of bewilderment. She glanced uneasily at the lovely, sprawling, ultramodern mansion to the left of her, the one that must belong to his friend.

“I was just giving you fair warning. You might have another run-in with Charger, or some other dog. Here, Charger.” He calmly held out a large, outspread hand and the dog bounded over to him. She spun fully to face him, unable to hide her smile at the vision of the rambunctious dog hopping up to reach his master’s touch.

“I guess you knew him pretty well when you named him,” she said.

“Yeah. I imagine he even charged out of the womb.”

Charger frisked around a pair of long, strong-looking legs. He was a tall one. Six foot three or four? Her gaze stuck on his crotch.

The wet trunks were revealing. Very. Heat flared in her cheeks.

“He interrupted your pace,” he said.

She jerked her gaze guiltily up to his face. He waved at her jogging attire.

“Oh. It’s okay. I never go that fast, anyway. And I’d just gotten started,” she assured, her breathlessness at odds with her reply. “What breed is he?” Harper asked, nodding at the dog, hoping to distract him from her face. With her coloring, her blushes were annoyingly obvious.

“A Lab-pointer mix. I think, anyway. He didn’t come with any papers. I got him from the local shelter.”

“The Tahoe Shores Animal Shelter is close to the offices of my new job. It’s huge. I heard it was the largest in Nevada.” Maybe that’s why everyone is so dog-crazy around here.

“You work at the Sierra Tahoe Gazette?” he asked. He noticed her surprised glance. He gave a small shrug. Harper experienced a stirring deep inside her, and realized it came from that small, sexy . . . yet somehow shy smile. But that couldn’t be right. How could a man as cold and imperious as he’d seemed just seconds ago come off as shy?

“This is a small town. The Gazette’s office is the only building close to the shelter . . . besides the North Shore Fire Department.” His gaze dropped over her slowly, and that flickering of her body swelled to a steady, pleasurable flame. “Although you are in good shape. Are you a firefighter?”

She laughed. No, he definitely wasn’t shy. “You were right the first time.” She stuck out her hand. “Harper McFadden. I started last week as the news editor at the Gazette.”

He stepped closer. His hand felt damp and warm. It enfolded hers completely. She tried to make out the color of his narrowed eyes and saw shards of green, brown, and amber. Her heart gave a little jump.

“You left your job at the San Francisco Chronicle as a reporter.”

Her mouth dropped open. “What?” she asked hollowly, almost certain she’d misheard him. Did his godlike attributes go beyond his phenomenal looks and aloofness? Was he omniscient as well?

She pulled on her hand, discombobulated, and he slowly released it from his grasp.

“I’ve read your articles in the Chronicle. I have offices in San Francisco. That piece you did on San Francisco’s homeless children was top-notch.”

“Thank you,” she managed, still knocked a little off balance. He nodded and took a step back, as if he’d realized his unsettling effect on her. He did unsteady her, just not in the way he probably thought.

“You don’t plan to write anymore?” Her spine stiffened a little. Force of habit. She’d been hearing that question a lot lately, usually accompanied by disappointment or bewilderment. Had she heard a hint of disapproval in this man’s tone, or was it her own lack of confidence in her recent career change tainting her interpretation? The latter, of course. Why would a stranger care enough to be condemning?

“I wouldn’t say that. I just wanted to experience a different side of the newspaper business,” she replied neutrally.

“I love Tahoe Shores as much as the next resident, but . . . aren’t we a far cry from San Francisco?” He reached down to distractedly scratch Charger, but his gaze on her remained sharp.

The easy richness of his voice beguiled her, but it was his calmness, his absolute, easy confidence that truly nudged her to let down her guard. There was a grace to him that one didn’t usually see in such a masculine, virile man. It was that intangible quality that had called a walking god to mind.

She kept her gaze on his face, but it was just as distracting. He wore a thin, well-trimmed goatee that highlighted a sensual mouth. The hair on his face, chest, and head was wet at the moment, but appeared to be brown. Harper couldn’t stop staring at his firm, well-shaped lips. She forced her gaze away and found herself watching his long fingers rubbing the dog’s neck instead. It didn’t help matters any.

“Sorry,” he said after a short pause. “That’s none of my business, is it?”

“No, it’s not that. I just needed to get away from the grind.” She tossed up her hands and glanced out at the aquamarine alpine lake, clear blue skies, and surrounding pine-covered mountains. “I wanted to try editing, and there was an opportunity here.”

“Might be a shortage of actual news for a news editor, though,” he said with a half smile. She saw the sharp gleam of curiosity in his hazel eyes.

“Maybe. But I could use the slow pace. The peace.” His eyebrows arched. “For a little while, anyway,” she added.

The sensational MAKE ME serialisation is available as a complete novel from 7th February! 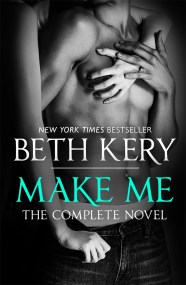 For fans of E. L. James, Sylvia Day, Jodi Ellen Malpas, J. Kenner and Maya Banks. From the New York Times bestselling author of The Affair and the Because You Are Mine series, Make Me explores hidden pasts, dangerous obsessions, and uncontrollable passion...

Harper McFadden established herself as an investigative journalist by being both compassionate and fearless. After tragedy strikes her family, she moves to the shores of Lake Tahoe to find some peace. But when mysterious software mogul Jacob Latimer enters her life, her thoughts turn from her own healing to an insatiable desire to get closer to him...

No one knows what secrets lurk in the past of Jacob Latimer. He built his corporation from nothing, but rumors abound about his mysterious rise to power. Harper is the last person he should let into his life. She could expose the truth about his origins. But Jacob knows things about Harper's past that draw him in. He wants nothing more than to make her his - and Jacob is a man who always gets what he wants...

For more electrifying romance, don't miss the other captivating titles by Beth Kery, The Affair, Glimmer, Glow, the One Night of Passion series, and her bestselling erotically charged series which began with Because You Are Mine.