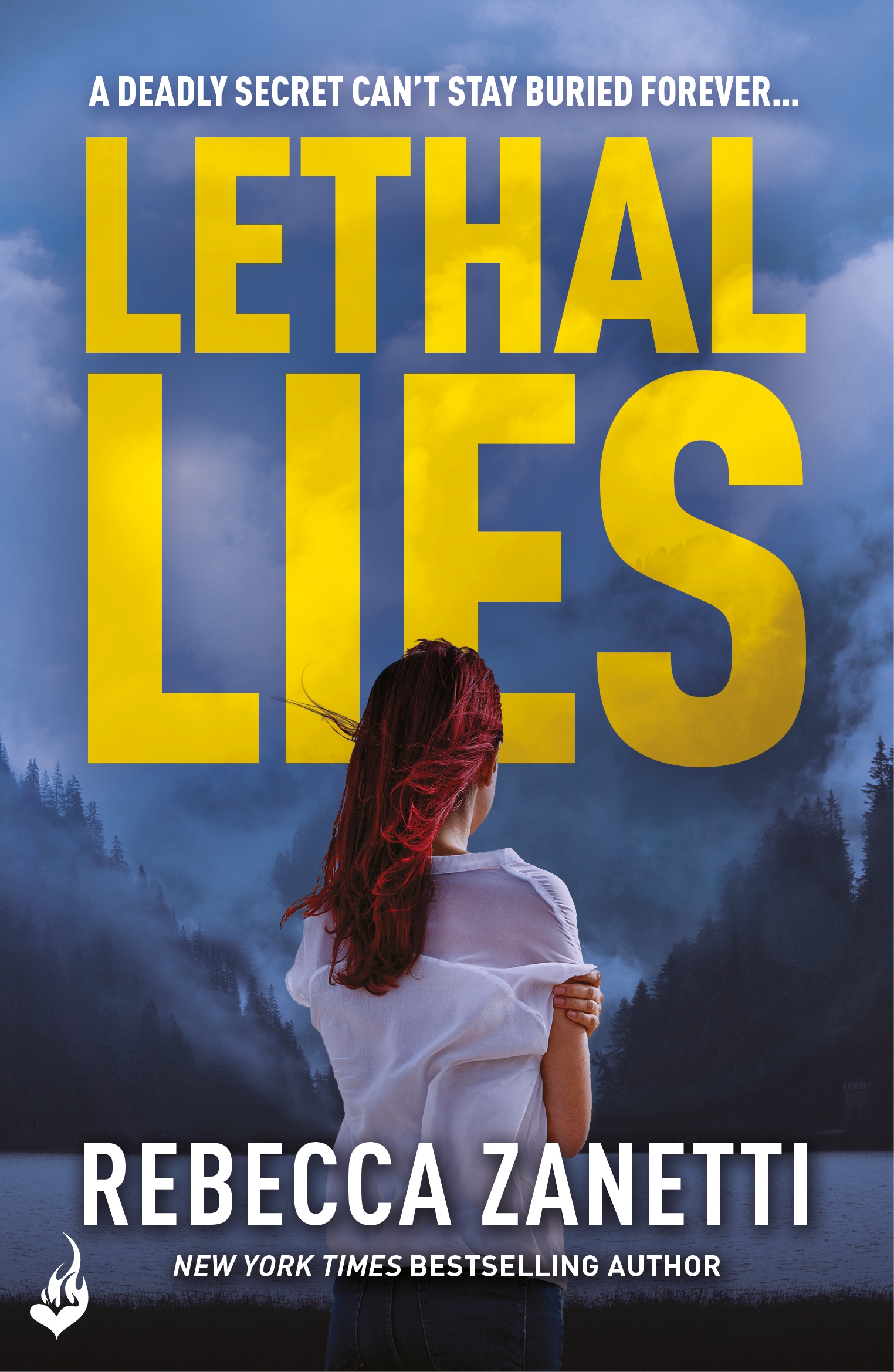 Pictures of dead girls lined the east wall of the small home office, their eyes somehow accusatory. Anya Best paced the new carpet in the temporary apartment in Snowville, Washington, trying to avoid looking at the faces. On the west wall, a corkboard held the layout for an article she was writing on the criminal mind and how it related to social media. Being on sabbatical from her job as a professor should have made it easy to write. The other wall held a murder board. Pictures of viciously killed redheads with neatly typed notes beneath each victim. She’d profiled their killer, but it was their faces that haunted her at night.

They all looked a little like her. Red hair, youngish, bright eyed. Before they had been strangled to death.

Her cell phone rang from the makeshift desk, and she jumped for it. “Hello?” she asked breathlessly. Was her sister finally checking in?

A male voice cleared. “Is this Anya?”

She drew up, her breath heating. It wasn’t Loretta. Her temples thrummed. “Who is this?”

“Heath Jones of Lost Bastards Investigative Services. We met briefly last week in Salt Lake when I, ah, collaborated on the Copper Killer case with Loretta.” His voice was low and authoritative. Smooth and deep.

She exhaled. “Right. I remember.” She and Loretta had been in Salt Lake with the serial killer task force, tracking down a lead. Another missing girl. “How did you get my number?” Heath had spent an hour with Loretta, who was a special agent with the FBI, and they’d compared notes. Anya had been working in the other room.

“Oh.” Anya swallowed and turned away from the murder board. “Loretta isn’t here.”

Silence. “Ah, what do you mean?” he asked, his tone dropping. Tension slammed through the line.

“She’s undercover and has been for nearly two days.” Anya should probably be watching her words, but Loretta had trusted the guy, at least a little. “Do you have any updates on the case? I’ve been profiling the killer and could use any new information.” She didn’t reveal the rest of her involvement.

“You’re, ah, a profiler?” he asked, almost as if gathering his thoughts.

She frowned. “Criminal psychologist.” Sure, she just taught at the college, but she had the skills and knowledge. She’d been forced to use them.

He was silent longer this time.

“Mr. Jones?” What in the world was going on? She’d met Heath only once, very quickly, but she remembered him well. Tall with broad shoulders wide enough to play professional football. Stunning green eyes with gold flecks, and an intensity that had given her pause. Danger.

Finally, he spoke. “I need to see Loretta’s files again. Can you bring them to me?”

Clearly Loretta hadn’t shared all of her files with him. “No,” Anya said. The agents guarding the entrance to the apartment building wouldn’t let her leave anyway. She was under lockdown until Loretta returned from making herself bait for the damn killer. “Sorry.” A sharp rap sounded on the door. “I have to go. Bye.” She clicked off and turned to run through the narrow living room for the door. Was there news on Loretta?

She flung open the door. Two men stood in the bright hallway.

“Anya Best?” The first guy had brown eyes, wavy dark hair, and a charming smile. He stood like he could handle himself. A jacket covered his large frame, and a slight bulge showed at his waist.

Gun. He had a gun at his waist. She gulped. All right. She stepped back. “Who are you?”

The guy dug out a badge holder and flipped it open. “U.S. Marshal D. J. Smithers.”

She blinked. “The FBI agent downstairs let you in?”

“Of course,” he said smoothly.

The other guy, much shorter than his buddy, nodded soberly. He had nearly black eyes, adult acne, and a slight paunch over his dress pants. “We just need a moment of your time.”

“Why?” If this was about the task force, the FBI would be present. “I don’t understand. Is this about the Copper Killer case?” She needed Loretta to be there. Where was her sister, damn it?

“No.” Smithers tucked his badge back into his coat. “It’s about Heath Jones and the Lost Bastards detective agency.”

Anya’s mouth dropped open, and the phone felt heavy in her hand. She’d just disconnected the call. Like, seconds ago. “Um.”

Smithers kept her gaze. “We have your phone bugged just in case. We’ve been watching the Lost Bastards, and we know that Heath met with your sister last week. When he just called—”

Air burst out of Anya’s lungs. “Bugged? My phone?” Her mind spun. “This doesn’t make sense. I mean, what does this have to do with the Copper Killer case?”

“Nothing,” Smithers said calmly. “This is about Lost Bastards.”

Her lips trembled. “How—I mean, why—No, how are you here so fast?”

“Oh.” Smithers relaxed. “That. We were scouting the area when the call came in. Happy coincidence that we could get here so quickly.”

There wasn’t any such thing as a happy coincidence. Anya’s stomach started to hurt. Something was off. She turned toward the other guy.

“I didn’t see your identification.”

He straightened and then solemnly drew out a badge.

Her body relaxed. The cops were the good guys. “I’m sorry to be so suspicious. This is just weird.” She looked closer at the badge. Her stomach dropped. It was a good fake, but a fake nonetheless.

LETHAL LIES, the second book in Rebecca Zanetti’s powerful Blood Brothers series, is out 16th May! 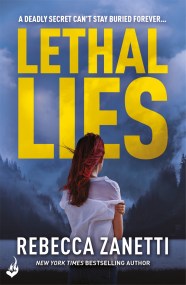 Revenge. It's the only thing that helps Anya Best sleep at night. The serial killer who murdered her sister is on the loose, and Anya will stop at nothing to put him behind bars. But she can't do it alone.

Private investigator Heath Jones's job is to bring the bad guys to justice. He knew the Copper Killer's latest victim so when her sister asks for help, he's all in.

But when Anya uses the media to taunt the killer, she exposes Heath's identity, putting them both in jeopardy. Now, long-buried secrets are coming to light - and the forces determined to destroy Heath are watching, waiting to exact their own revenge by any means necessary...