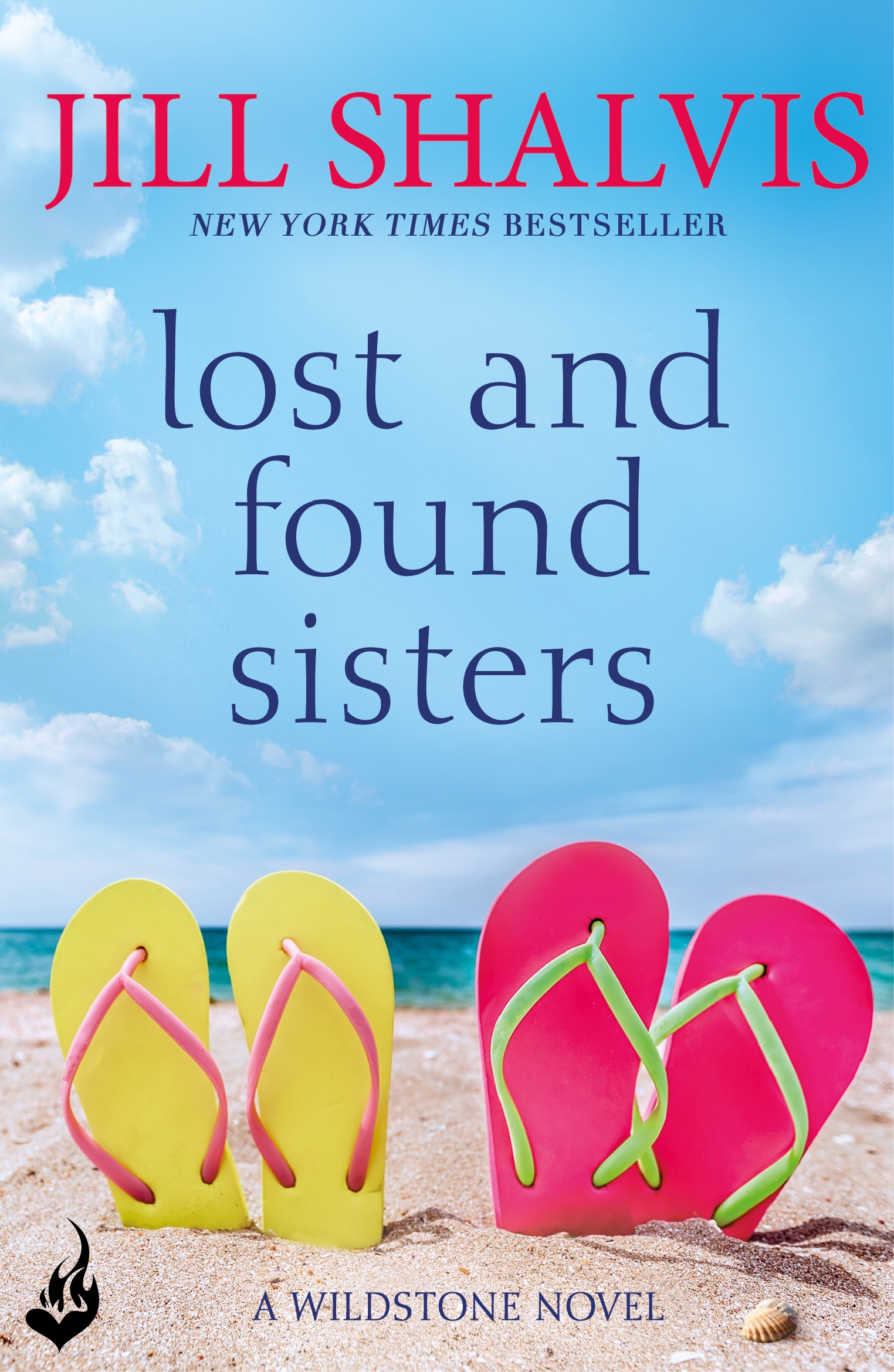 I walk around like everything is fine but deep down inside my shoe my sock is sliding off.

—from “The Mixed-Up Files of Tilly Adams’s Journal”

Here was the thing: life sucked if you let it. So Quinn Weller usually worked really hard to not let it. Caffeine helped. For up to thirty-eight blissful minutes it could even trick her into thinking she was in a decent mood. She knew this because it took forty-eight minutes to get from her local coffee shop through L.A. rush-hour traffic to work, and those last ten minutes were never good.

That morning, she got into line for her fix and studied the menu on the wall, even though in the past two years she’d never strayed from her usual.

A woman got in line behind her. “Now that’s a nice look on you,” she said.

It was Carolyn, a woman Quinn had seen here at the coffee shop maybe three times. “What look?”

Quinn didn’t know whether to be flattered or insulted, because she smiled all the time.

Okay, so maybe not so much lately . . . “I’m looking forward to the caffeine rush.”

“Nectar of the gods,” Carolyn agreed.

Something about the pleasant woman reminded Quinn of an elementary-school teacher. Maybe it was the gray-streaked hair pulled up in a messy bun, the glasses perpetually slipping down her nose, the expression dialed into sweet but slightly harried.

“You’re up, honey,” Carolyn said and gestured to the front counter.

Trev, the carefully tousled barista, was an L.A. beach bum and aspiring actor forced to work to support his surfing habit. His hands worked at the speed of light while the rest of him seemed chilled and relaxed. “Hey, darlin’, how’s life today?”

“Good,” Quinn said. She didn’t want to brag, but she’d totally gotten out of bed today with only two hits of the snooze button. “How did your audition go?”

“Got the part.” Troy beamed. “You’re looking at the best fake Thai delivery guy who ever lived. It means my luck has changed, so say you’ll finally go out with me.”

Quinn smiled—see, she totally did smile!—and shook her head. “I’m not—”

Trev piped in along with her, in perfect sync, “—dating right now,” and then shook his head.

“It’s not right, a hot chick like you. You’re way too young to be in a rut. You know that, right?”

“I’m not in a rut.” She was just . . . not feeling life right now, that’s all. “And hey, I didn’t tell you my order yet,” she said when she realized he was already working on her coffee.

No, but now she wanted to order something crazy just to throw him off, except she wanted her usual, dammit.

Okay, so maybe she was in a rut. But routine made life simpler and after the complications she’d been through, simple was the key to getting out of bed and putting one foot in front of the other every day.

That and the badly needed caffeine, of course.

“You should go out with him,” Carolyn whispered behind her. She smiled kindly when Quinn craned her neck and looked at her. “You only live once, right?”

“Not true,” Quinn said. “You live every day. You only die once.”

“I’m all for the hog wild,” he said hopefully.

Quinn went for it. “An extra shot and whip.”

Trev blinked and then sighed. “Yeah, we really need to work on your idea of hog wild.”

A little over a week later, Quinn was in line for her usual before-work latte when she felt the weight of someone’s gaze on her. Turning, she found a guy around her age with tousled black hair and black-rimmed glasses who looked a lot like a grown-up Harry Potter.

He was staring at her with an intensity that caused her to blink and then crane her neck to peek behind her. No one was there, which meant he was staring at her. She shifted away and did her best to ignore him, instead tuning in to the two women in front of her who were chatting.

“Orgasms after the age of fifty suck,” one was saying. “No one tells you that, but they totally do.”

Her friend agreed with an emphatic head bob. “I know. It’s like sandpaper down there in Lady Town. Takes an entire tube of lube and a bottle of gin.”

The first woman snorted. “Don’t get me started. Alan will spend thirty minutes looking for a golf ball, but he can’t give me ten minutes to find the G-spot.”

Quinn must have made some sound, because they both turned to her with apologetic laughs. “Sorry,” Dry Vagina said.

“It’s just one of the many, many things you’ve got to look forward to, along with hot flashes.” “Don’t forget the murderous urges,” the other woman said. “And we’re talking premeditated too.”

“Excuse me,” the man behind Quinn said, tapping her on the shoulder. Harry Potter, her stalker. “I need to speak to you.”

“Wait, honey. There’s no need to make a hasty decision,” one of her new friends said. “What if he’s suitably employed, with no baggage?”

“Impossible,” Dry Vagina said. “That’d be like finding a unicorn.”

“Are you a unicorn?” the first woman asked him. Harry Potter looked at Quinn with more than a little desperation. “Can I please talk to you . . . alone?”

“Not alone,” the first woman said. “That sounds like stranger danger. You can do your pickup-line magic right here, or better yet, do it online like the rest of the world.”

Wait a minute. How did he know her name? “Okay,” she said. “You’re going to need to go first.”

“I’m Cliff Porter,” he said. “I’m an attorney and I really need a word with you. Privately.”

She stared at him, trying to come up with a reason why an attorney would be looking for her.

He looked pained. “I get that a lot, but it’s Porter.”

“How do you know my name?” Quinn asked.

Torn between curiosity and a healthy sense of survival, Quinn hesitated. “I’ll be late for work.”

“This will only take a minute.”

Reluctantly, she stepped out of line and moved to the table. “You’ve got one minute.”

He took a deep breath. “As I said, I’m an attorney. I located you through a mutual acquaintance.”

“I’ll get to her in a minute. She let me know I could find you here in the mornings rather than scare you by tracking you down at your place of residence. I’m from Wildstone, a small town about two hundred miles north. I’m here to give you news of an inheritance. It’s important we talk about it because—”

“I’ve never even heard of Wildstone,” Quinn said. “I certainly don’t know anyone from there.”

He nodded like he knew this. “We’re a small coastal ranching town that sits in a bowl between the Pacific Coast and wine country. Maybe you should sit,” he said quietly, and also very kindly she had to admit. “Because the rest of this is going to be a surprise.”

“I don’t like surprises,” she said, “and you have thirty seconds left.”

It was clear from his expression that he wasn’t happy about having to go into the details in public, but as he was a stranger and maybe also a crackpot, too damn bad. He drew in a deep breath. “The person who left you this inheritance was your birth mother.”

She stared at him and then slowly sank into the before-offered chair without looking, grateful it was right behind her.

He gave her a wan smile. “I’m really sorry to have to be the one to tell you this, but you were.”

“I have parents,” she said. “Lucinda and James Weller.” “They adopted you when you were two days old.”

The shock of that reverberated through her body. “No,” she whispered. Heart suddenly racing, palms clammy, she shook her head. “They would’ve told me. There’s absolutely no way . . .”

“Again, I’m very sorry,” Cliff said quietly. “But it’s true. They adopted you from Carolyn Adams.” He pulled a picture from his briefcase and pushed it across the table toward her.

And Quinn’s heart stopped. Because Carolyn was the woman she’d met here in this very coffee shop. 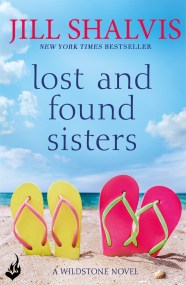 Life can change in an instant... After losing her sister in a devastating car accident, LA chef Quinn Weller seems to be getting her life back on track. So why does she feel so empty, like she's looking for a missing piece she can't find?

The answer comes when a lawyer appears, revealing a bombshell secret and mysterious inheritance in the small town of Wildstone, California. On impulse, Quinn heads up the coast and finds herself drawn to Wildstone's simple pleasures...and the handsome, dark-haired stranger who offers friendship with no questions asked.

But there's another surprise to come. The inheritance is something earthshattering, that will make Quinn question everything she knows about herself and her family. Now with a world of possibilities opening up, Quinn must decide if this new life is the one she was always meant to have - and could finally give her the fulfillment she's searched so long for.