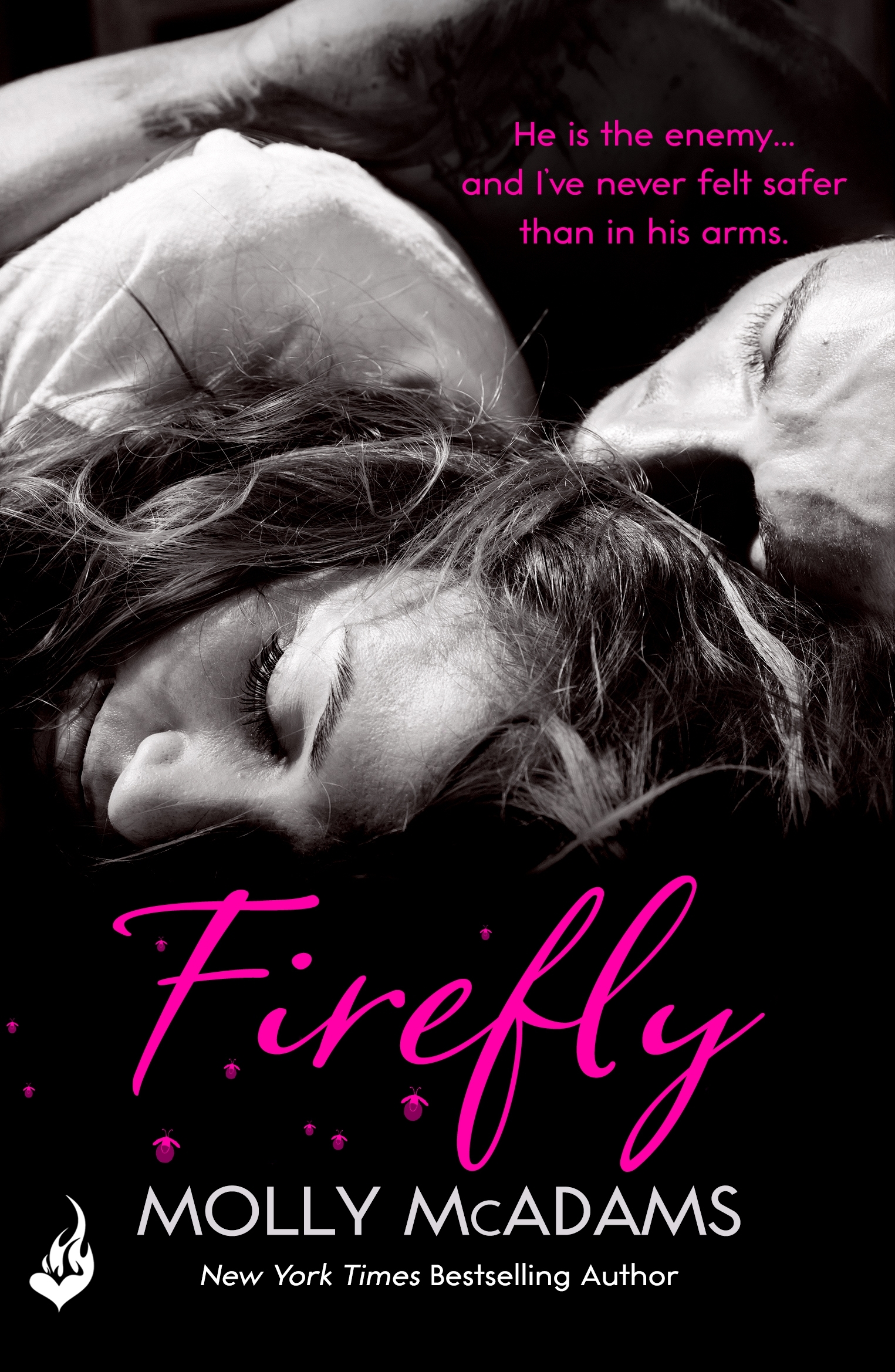 September Book of the Month

A crippling acceptance washed over me in the split second that seemed to last forever and pass within a beat of my heart.

Because I knew it would end this way, and I’d been foolish to think it wouldn’t.

But given the chance, I’d do it all over again.

I woke with a grave sense that something was wrong. My mind and ears were alert, but I kept my eyes closed and my body as relaxed as possible. I focused on each breath that filled and fled from my lungs, but as the seconds went on, my breaths turned shallow and started coming faster.

Someone was in my room.

Breathe in. Breathe out.

Breathe in. Breathe out.

It was dark behind my eyelids, too dark for anyone to try to wake me.

The name floated through my mind for merely a second before it was shoved aside by that overwhelming sense of wrongness.

Kieran was silent as the night.

If I’d woken to him, I knew my heart would have been beating wildly in my chest, calling out to the guy who had stolen it at some point in my life. It wouldn’t have been slowing, as if even my heart knew it needed to be silent in those moments.

If it had been Kieran, his dark, complicated presence would’ve filled the room, pressing against me in a way I’d spent years recognizing. Instead, electricity danced across my skin in warning, as if I was standing in the path where lightning was about to strike.

Whoever was in the room with me was attempting to quiet their steps . . . and failing.

The warm summer air blew strands of hair across my face, tickling my lips and nose, but still I didn’t move. Fear flooded my veins as that ominous feeling grew stronger and stronger, my breaths halting when I realized I hadn’t opened the large windows in my room.

“One of the other rooms?” a harsh, masculine voice asked from across my room, the hushed whisper floating over to me on the breeze.

“No,” another deep voice responded. “He said it was in here somewhere.”

My body shook as I fought with myself over what to do. Before I could decide on screaming for someone or remaining silent, a third intruder made my decision for me . . .

Rough, thick fingers trailed from my cheek to jaw, and a raw scream burst from my lungs as my eyes flew open.

The same hand that had gently caressed a split second before promptly slammed down over my mouth, muffling my scream and allowing me to hear the curses and demands now flying from the strangers.

Footsteps could be heard pounding down the hall seconds before my door was flung open. The light to my room was turned on, revealing Aric and the three men in my room.

They were in dark jeans and jackets. Their hoods were drawn over their heads and held in place by dark bandanas that covered their chins to just below their eyes. The two standing near the foot of my bed immediately began yelling what sounded like accusations at my brother, but Aric didn’t seem to be hearing them.

He didn’t seem to notice them at all.

A flurry of emotions passed over his face: shock, worry, hesitation, and fear . . . but as his eyes narrowed on the man standing above me, fury replaced all the rest.

I screamed for him against the large hand covering my mouth, but I didn’t know what I was screaming.

Screaming for him to run and get help.

Screaming for him to save me.

“I said shut up,” the man repeated again, his growl splitting over the shouts in the room.

The hand covering my mouth left briefly, but then connected with my face hard. The force made me bite my cheek and stunned me for long seconds as the metallic taste of blood met my tongue.

My brother tore into the room, shouting for me and shouting at the men, not even stopping when the man closest to him calmly pulled out a gun from the back of his dark jeans.

But he didn’t point it at Aric or at me; it just remained at his side in warning.

My world tilted as a high-pitched ringing filled my ears.

A stain spread rapidly on Aric’s shirt as he finally stumbled to a stop. It was blood red. And it didn’t make sense, and someone was screaming, and they needed to stop.

They needed to help Aric.

Something was wrong with him, but there was so much screaming, confusing my already flooded senses as my world continued to tilt. And Aric was staring blankly at me as I was ripped off my bed by the man who had hit me—a gun in his free hand, raised in Aric’s direction.

Why wasn’t anyone helping him?

The screaming finally stopped, but someone was holding me back—pulling me away. Away from Aric and the safety of the house, toward the large windows. That rough hand was back over my mouth, the arm it was attached to completely oblivious to my clawing at it.

A wet choking noise sounded in the room, and I fought harder—except, I wasn’t sure my arms worked anymore.

He was going to fall! Aric’s lips moved one last time, but I couldn’t decipher his words as my world darkened.

His knees hit my floor, and suddenly a pair of familiar green eyes were directly in front of my own. Rage and something so terrifying filling them as they locked on the man dragging me away.

Relief slammed into me as darkness wrapped its arms around me like an old friend and pulled me close . . .

I jolted awake, my arms reaching to catch someone who wasn’t there. A sound between a sob and a scream tore through the room before I could choke it back.

My hands slammed down onto the mattress, barely keeping my torso up as my arms shook. My head fell between my shoulders like a dead weight as my breaths rushed from me mercilessly. Each strained breath sounded like an inverted scream as I tried to force the memories from my mind.

Within seconds the door to the bedroom burst open, slamming against the wall. The sound followed Beck’s frantic voice. “Lily!”

I opened my mouth to respond as my best friend rushed around, looking for a threat, but I only managed another pained cry as everything crashed into me again and again.

Hooded figures that used the dark to their advantage.

Red stains on his shirt and my carpet.

“Jesus, Lil.” Exhaustion crept through his tone. “You scared the living hell out of me.” He sat near me on the bed and placed a hand on one of my arms, but I jerked away from his touch.

“Lil,” he began softly but didn’t try to reach for me again. “Do you need me to get in touch with Kiera—?”

“No, don’t.” It felt like I’d shouted my plea, but I wasn’t sure if Beck had even heard my whispered words. “He’s working. He can’t—just don’t contact him.”

“You think work would keep him from you if you needed him?” Beck asked with a hint of amusement, but worry was still in his tone.

Kieran had been saving me for as long as I could remember. Whether from spiders and other crawling insects, or from men who tried to steal me in the night . . . saving me had been his life’s mission. It was in his blood.

It was one of the many reasons I’d fallen in love with him.

But my favorite trait of his had become his biggest flaw over the last few years, and I hated that it had come to this. Hated that I now resented him for being who he was.

Because he loved me, and my heart ached for the love we’d had, but he was a warrior through and through. And ever since that night Aric died, those instincts had slowly enveloped Kieran’s love for me, until they were all he knew.

Don’t miss FIREFLY, the latest stunning standalone in Molly McAdam’s Redemption series, out now in ebook and in paperback on 19 September! 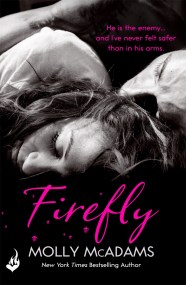 Firefly is the new novel from New York Times bestselling author, Molly McAdams, a dark, twisting story of redemption and true love against the odds, perfect for fans of J. B. Salsbury, Jamie McGuire, Sophie Jackson and Lisa Renee Jones.

As the Princess of the Irish-American Mob, there's no shortage of men ready to help guard and protect me. Kieran Hayes has been saving me for as long as I can remember. It's in his blood, and one of the many reasons I fell in love with him. Until my favourite trait became his biggest flaw, making me resent the man I love.

What I wasn't prepared for was Dare - the man who set my world on fire with just one touch. He saw straight through to my soul and silently demanded my heart from the beginning.

And I didn't expect Dare to be Demitri Borello - the reason for so many deaths in my family. A man who will take my life the moment he finds out who I am.

Despite it all, I'll love him until that moment comes.

Don't miss Blackbird, another powerful romance of love in the darkness from Molly McAdams.