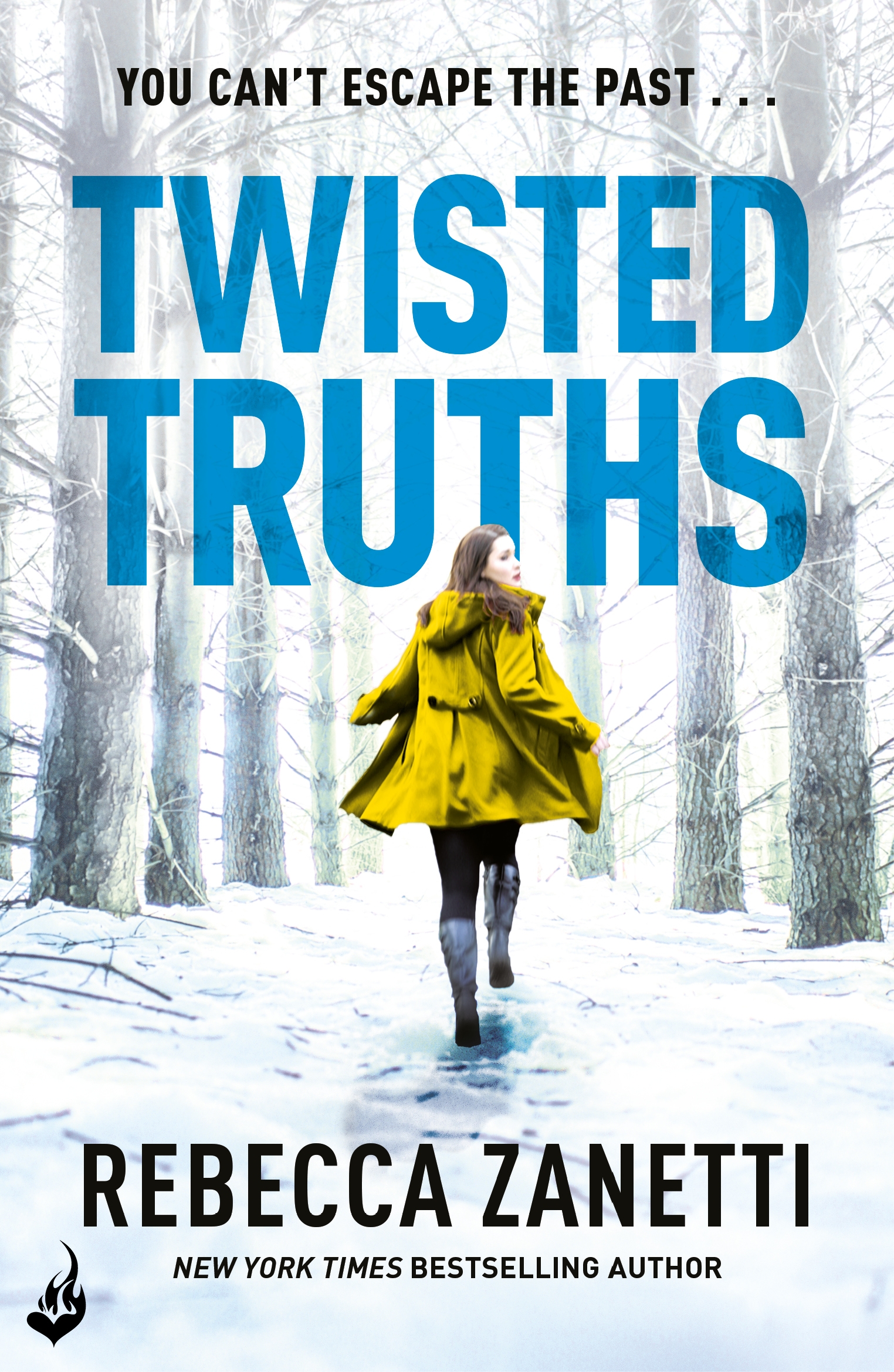 Noni tossed her laptop and stack of maps on the faded patchwork bedspread, her eyes gritty and her temples aching. The battered electric heater rattled from the corner of the motel room, providing a surprising amount of heat. Her fingers tingled as they started to warm up.

Winter blew snow around outside, and ice scattered against the window. She shivered and knelt one knee on the bed as she spread out the closest map. Where was her pen? Scrambling for her bag on the floor, she drew out a black marker and made several notations across the mountainous Pacific Northwest. Her heart raced, and her lungs compressed. She had to be closing in. Then she crossed out several towns, including Seattle, before pulling her phone from her pocket and hitting speed dial for number one.

Static crackled and then an expletive echoed as it sounded like the phone was dropped. Something shuffled. “Eagle? This is Sparrow” finally came over the line.

Noni rubbed her aching head. “Hi, Aunt Franny. I thought we agreed to forget the nicknames.”

“So did I, dear, but Verna likes being called Hawk Two.”

Why would they have a Hawk Two when there wasn’t a Hawk One? Noni swallowed down a sharp retort. “We have to get serious, Fran. This is dangerous.” Though she’d done everything possible to make sure the two older women were out of the line of fire. “Where are you?”

“I just set up camp and am staying in the Motel Burnside just north of Portland. Verna should be pulling into Salt Lake City any second now,” Franny said. “My meeting with our private detective is tomorrow morning—he has already left Seattle and is heading here.”

“Good. I’m going to scout around here in Greenville before backtracking to Snowville in a day or so.” Greenville was near the Washington-Idaho border, fifty miles out from Snowville. People back home familiar with the street gang had told her of its affiliations in Greenville. Now all she had to do was find them. Somehow.

She was leading a team—an untrained, totally vulnerable team—in a chase after a dangerous gang member. She was a lotion and candle maker, for God’s sakes. What the hell had she been thinking?

“What about the FBI office in Snowville?” Franny asked.

Noni swallowed, trying to shove away self-doubt. “The FBI is a last resort.” If she contacted them, the agents would immediately send out an AMBER Alert for a missing child. If that happened, Richie might kill the baby. She couldn’t let that happen. Plus, the law wasn’t exactly on her side right now since she was working outside it because of time constraints. God, she hoped she wasn’t making the hugest mistake of her life by handling this herself.

“No.” Noni lifted her chin, her heart cracking at the mere mention of his name. He had given her a fake last name, so all she had was his picture and some basic information she knew about him. “But I’ve posted a search for him all over the Internet, even on dating sites. He has to see something.” Her chest hurt to even think about the asshole who’d broken her heart so easily, but she needed his help, and she’d take the pain to save the missing baby. “I’ll find him.”

“Honey.” Fran cleared her throat. “He’s probably no better than that first private detective we hired, the one who stole half of our savings.”

Noni’s shoulders slumped. “Denver has to be better, and I’ll get our money back from that other detective. I promise.” How, she had no clue. The first detective she’d found had been a fraud. He’d taken everything he could—twenty thousand dollars. But they’d been desperate. Sharon’s baby had been kidnapped two weeks ago, and the baby was only three months old.

Poor Sharon. The question of what exactly had caused her death would have to be answered later—after Noni made sure her baby, Talia, was safe from her dick of a father. Noni would bet her life that Richie had given Sharon the drugs she’d overdosed on.

Was Talia safe? Was anybody reading her stories at night? She liked to cuddle with her special blanket and listen, even at only three months old. Did she miss her blanket? Noni glanced at the light pink edging peeking out of her pack. Her hand shook, and her heart felt like somebody had punched her in the chest. What if Talia wasn’t safe?

She couldn’t think like that. She had to focus on what to do to get the baby back.

The second detective Noni had hired had at least traced Richie and the baby to somewhere in the Pacific Northwest. The PI was heading to Portland, but Noni’s gut and a source back home had told her to head to Greenville. “Get some sleep, Franny.”

“I mean it. Let’s forget Denver What’s-His-Real-Name-Who-the-Hell-Knows-Because-He’s-a-Damn-Liar and just do this ourselves.”

“Let’s go back to calling him ‘dickhead,’” Noni said, even her arms feeling heavy. She’d met Denver, a private detective, while he was on a case in her town of Anchorage about a year ago, and he had seemed like a bloodhound who’d always find the guy he was looking for. She’d fallen for him and hard. Then he’d left, and her world was a darker place without him. A colder place. But she needed his help now, and she’d do whatever it took to get it. “We might be taking on an entire gang, Auntie. Denver is tough enough to do it.”

“I don’t know,” Franny said, drawing out the words. “I guess, worst-case scenario, we can just stand behind him if bullets start flying.”

“Absolutely,” Noni agreed, pushing the map out of the way. In fact, she wanted to shoot Denver herself. How could he just leave her? Her skin heated, and she took a deep breath to calm her emotions. “Get some sleep. I’ll call in tomorrow.”

“Honey, this has to be about finding the baby and not, ah, meeting up with Denver again.”

“I know.” The words felt hollow, just like her chest.

Fran sighed. “I know you know, but you’ve never given up on anything in your life, and you really had feelings for that man. You didn’t get any closure.”

Because the dickhead had left her without a word. Noni swallowed a lump in her throat. “Yeah, I want closure. But I want that baby back and safe more. She’s all that matters right now.” Noni had made a promise to both Sharon and her baby, right after Talia’s birth, that she’d be there for them. That she’d protect them. She’d helped take care of Talia for three months, and her arms already felt empty. “I’m focused. Get some sleep, Auntie.”

“All right. Night, sweetie,” Franny said before disconnecting the call.

Noni set the phone on the nightstand and stretched out on the bed. She should get out her notes and keep working. Her eyelids fluttered shut, and she relaxed into the worn mattress as her mind wandered.

Would she find Denver? Of course she needed him to save the baby. But that wasn’t all. She needed answers, and if she was honest with herself, she wanted to see him. Wanted at least a chance to seek that connection again. She was too tired to feel pathetic about that.

She drifted, trying to just relax.

A whisper of sound jerked her back to the motel room. She tensed and looked toward the door, partially sitting up out of instinct.

Oh God. Denver. In the flesh.

He stood inside the room, quietly shutting the door against the freezing cold. The entire atmosphere electrified. Holy crap on a mutinous cracker. Denver was there. Really there. After a year of having no clue whether or not he was alive, the sight of him seemed surreal. Was she dreaming about him? Again? How could he really be there?

“Noni,” he breathed, his gaze settling on her 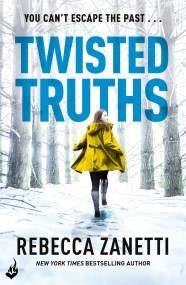 Noni is desperate. Her infant niece has been kidnapped, and the only person who can save her is a private detective with too many secrets to count - and more enemies than he can name. A man who walked away from Noni without any warning a year ago and broke her heart. But with Talia's life on the line, Noni won't take no for an answer...

The moment Denver Jones sees Noni, the memories come rushing back. The fire in her eyes. The determination in her voice. The danger of having her in his life. Denver had to push her away once, but now with vicious criminals threatening Noni and her niece, he'll do whatever it takes to protect them. But enemies from his past are circling, and they'll use anything - and anyone - to get to Denver.