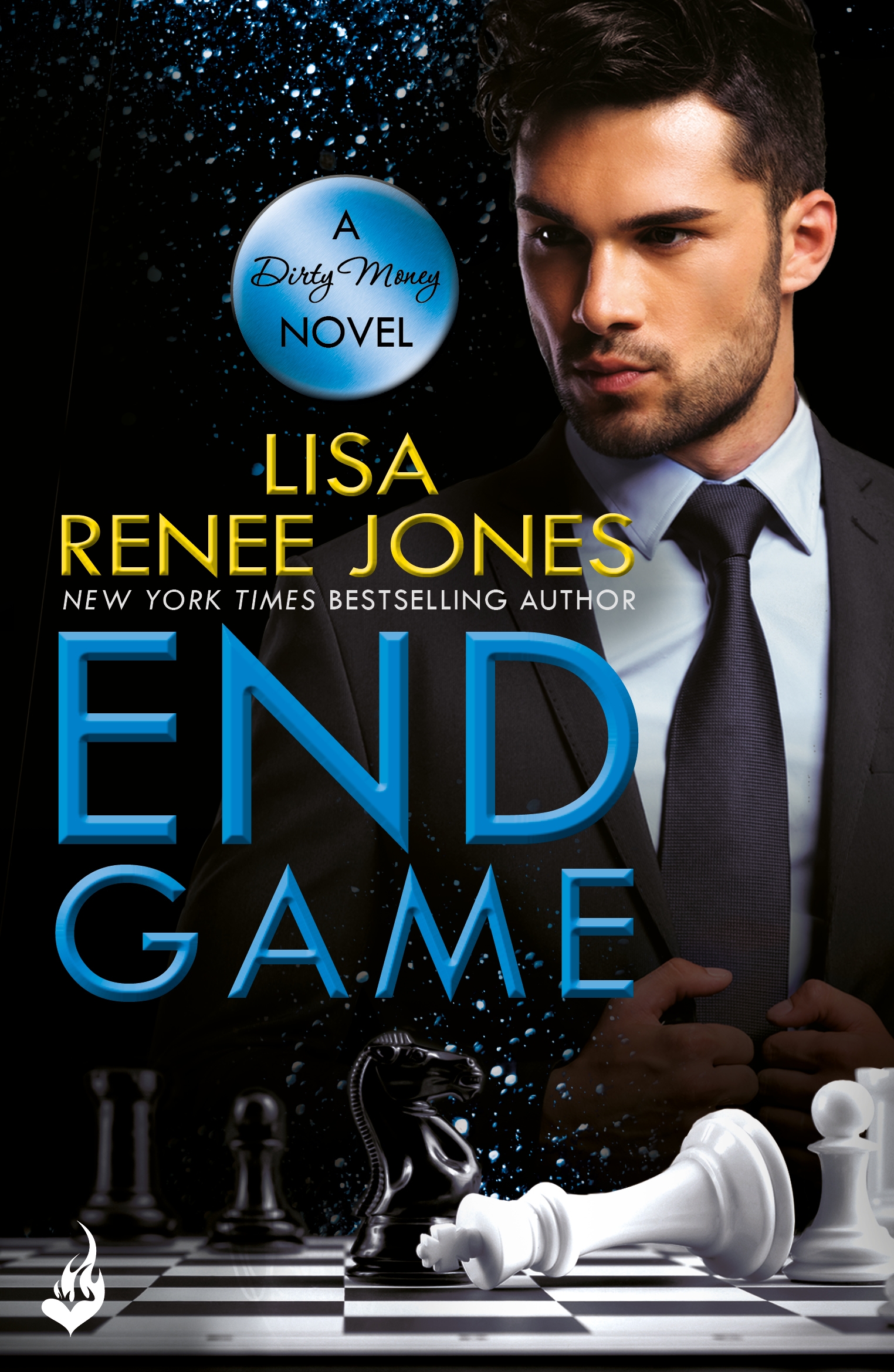 January Book of the Month

Adrian Martina, drug lord and monster that he is, doesn’t react to my guttural vow, nor does he react to my brother and the woman I love lying on the floor next to me, blood all over them and me. But I react. I jolt out of my shock at finding them like this, and shout up at him, “Get me a damn ambulance!” even as my fingers search Derek’s and Emily’s necks for pulses. The momentary joy I find in discovering Emily has one is doused by how pale and still she is, and how weak, nearly nonexistent, the heartbeat I finally find in Derek proves to be.

It’s then that a shiver of foreboding rips through me, and my gaze rockets to Adrian just in time to find him pulling a gun. But I don’t have time to call him the chickenshit bastard he clearly is before he’s lifted the barrel over my head and fired, the sound jolting me. One time. Two. Ironically, considering Martina’s very existence is why we are here now, I feel relief and find clarity of mind by the third shot. Martina needs me for financial gain, and I turn my attention back to those who need me and actually matter: Derek and Emily. The stickiness under my hand where it rests on Derek’s chest tells me he’s in real trouble. From that moment everything goes in slow motion, like I’m in a tunnel, despite how fast I feel like I’m moving. I confirm that Emily isn’t bleeding, but she still isn’t moving, while Derek’s pulse remains faint and he has two bullet holes in his chest, draining like faucets.

“Fuck,” I breathe out, adrenaline jolting me, my hands pressing to the wounds. “Get me a damn ambulance!” I shout again, climbing over Derek to keep Emily in my view, my gaze swinging left to find Ramon lying at Derek’s feet. “Get me a goddamn ambulance now!”

Adrian’s voice carries as a loud shout in the air before he is kneeling on the opposite side of Derek. “Help’s on the way,” he announces, adding, “and this was Ramon’s doing, not mine.”

Ignoring his claim of innocence, I eye his neck and then him. “Take off your tie,” I order, my bloodsoaked jeans and T-shirt of little to no use to prepare the tourniquet Derek needs. I hope. I really have no fucking clue what I’m doing right now.

“You keep the pressure on the wounds,” he says, removing the tie. “I’ll pull this underneath him.”

“Do it,” I say, with no misconception about his willingness to help. This is about his concern that Derek’s and Emily’s safety, or rather lack thereof, might impact my willingness to get him the money I vowed to give him to get him the hell out of my company. The problem for him is that it’s too late for a business deal to end our relationship with any ray of light. I’m going to kill him and succeed in doing so where others have failed, but first: we save the ones I love.

He shouts out to his men, and in a matter of seconds, it seems, we have towels, which he’s tearing and knotting together. We wrap those around Derek’s chest, and the process is bloody and brutal to me, but to Derek, there is nothing. He doesn’t move. He doesn’t react. Not to the towels or the tie and belts we use to cut the blood flow. We’ve just finished doing about everything I believe we can do when I hear, “Shane. What the hell is going— Holy hell.”

At the sound of Eric’s voice, my gaze jerks to the doorway to find him standing just inside the room, one of Adrian’s goons on either side of him, each holding an arm. Eric is dressed in pajamas, no doubt already in bed to prep for his early morning surgeries, when he was grabbed and brought here. “This is your version of help?” I demand, my gaze swinging to Adrian’s, my lips thinning. “He doesn’t belong in this.”

“Let go of me,” Eric demands, jerking away from the two men holding him to quickly rush to Emily’s side, kneeling beside her to check her pulse and scalp. “Stable, but with a head injury,” he announces, already moving toward me. “What do we have?” he asks, motioning to have me inch toward Derek’s legs to allow him to position himself next to my brother’s chest.

“Two obvious bullet wounds,” I say, watching as Eric presses his fingers to Derek’s neck. “There was a lot of blood,” I add. “I can’t be sure there wasn’t another entry point.”

“No point of exit for the bullets,” Adrian adds. “He needs surgery. Good thing you’re a surgeon.”

Eric’s gaze rockets to Adrian. “He won’t survive it without blood. And even if he could, I’m not that kind of surgeon. I’ll kill him.”

“Buy him some time,” Adrian orders.

“He needs blood and an ambulance,” Eric insists. “Lots of blood that I don’t carry around in my pocket. An ambulance should have beaten me here.”

“Did you or did you not call an ambulance?” I demand.

“It’ll be here,” Adrian assures me. “And when it arrives, we need our facts straight. Stick to the truth. Ramon was jealous of Derek and Teresa. You had words with him over Derek, and we all assume he targeted Emily to pay you back.” He snaps his fingers and a man steps forward. “Martin here killed him to save us.”

“I killed him,” the other man assures me.

Sirens sound in the not-so-distant distance. “Your ambulance,” Adrian says. “As promised.”

I narrow my stare at him. “If you knew that ambulance was coming, why is Eric here? Why suggest he do surgery?”

“I believe in taking precautions,” he says, and before I can repeat Eric’s observation that the ambulance should have beat him here, Adrian adds, “and your brother’s dire circumstances said he didn’t have much time.”

“No thanks to you,” I say, pushing to my feet as he does the same, and I can feel the façade of control I’m clinging to begin to crack. “And we both know,” I add, the two of us glaring at each other over my brother’s body, “that ‘buy him some time’ means you were covering something up before you called for help.”

“The ambulance was called,” he repeats, his tone as sharp as the knife of emotion cutting through me.

“Not soon enough,” I say, and snap, lunging toward him only to have Eric suddenly grab my shoulders.

Voices sound in the building, and suddenly the paramedics are rushing into the room, dissolving the tension in the air and replacing it with urgency and chaos. I back up, giving the uniformed men space as Adrian does the same. Eric, on the other hand, stands in the mix of things, helping the crew. I’m pushed back farther, and Adrian and I end up standing side by side, watching them work. But he’s not present to me. There is just me, alone, waiting to hear if the woman I want to be my wife and the brother I love no matter what his flaws live or die.

I can see the paramedics working feverishly to insert IVs into both Derek and Emily, one of them calling ahead for blood as they do. I’m outside the restaurant as Derek and Emily are rolled toward two separate ambulances. 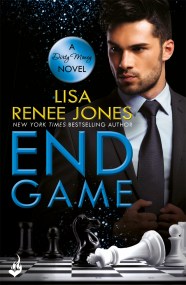 How deep can you love?

After tragedy strikes, Shane Brandon hovers on the edge of being consumed by darkness. He will fight for Emily Stevens, the woman he loves. He will destroy his enemy. He will not back down. And as shocking twists, dark secrets, and explosive betrayals within the Brandon family come to the light, Shane must fight harder than ever before.

Every thread weaves a dangerous web. Emily and Derek. Brandon Senior. Maggie and her affair. The leader of the dangerous cartel that's wedged itself inside the Brandon Empire. It all comes to a head when passion and danger collide in the explosive conclusion to the Dirty Money series.

Are you ready to play by the hard rules of the Brandon family empire? Check out the other compelling novels in the Dirty Money series: Hard Rules, Damage Control and Bad Deeds.