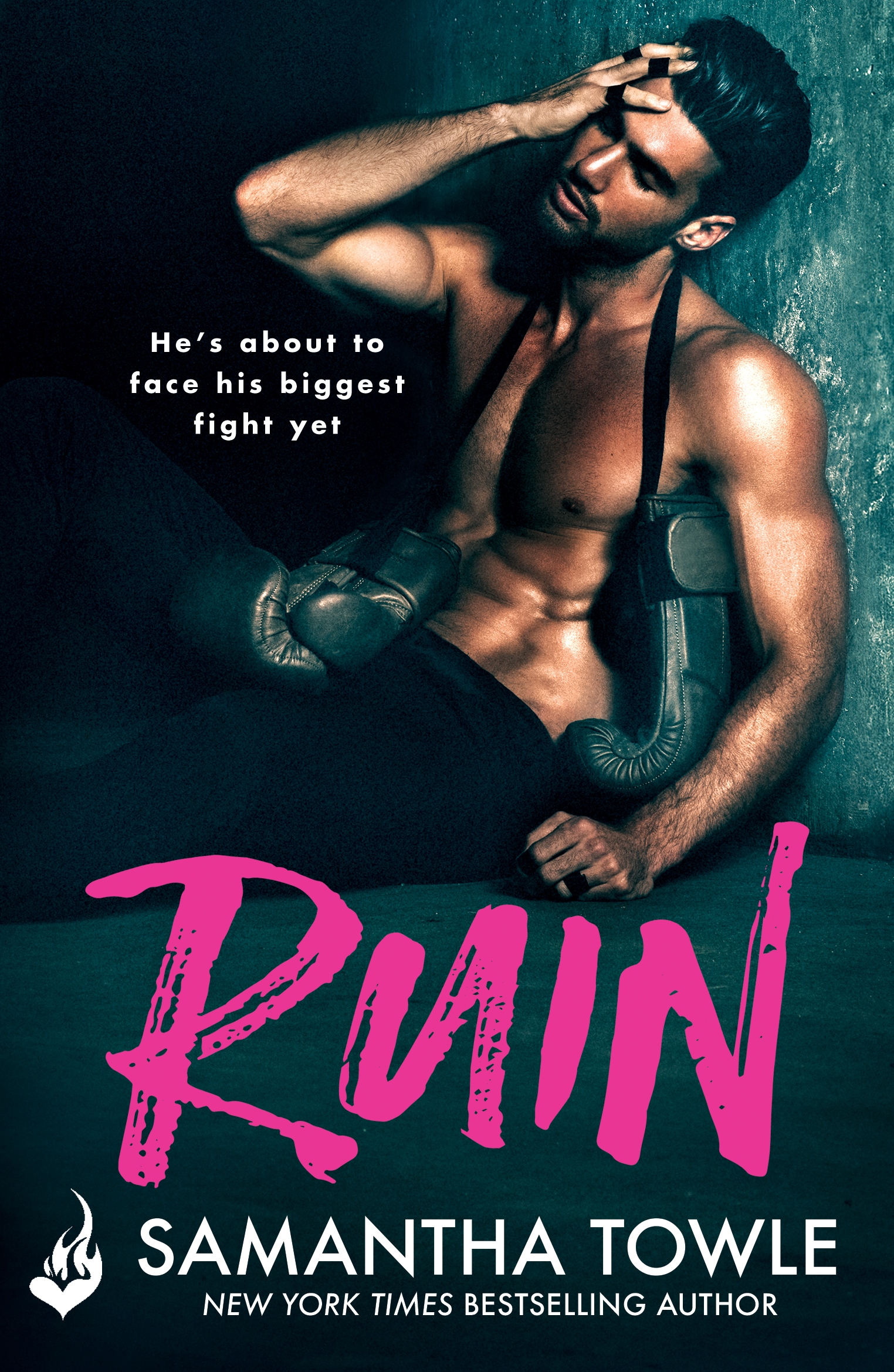 THE ARENA IS FULL. Thousands of people are here to watch this fight.

This is where I’ve gotten. The point I’ve reached in my career.

Everything I’ve had to do—endure, sacrifice—has brought me to this moment.

I’m waiting in the dressing area with my team, ready to go. TV cameras are with me, ready to follow me to the ring.

It’s a big production. My manager, Marcel Duran, likes to make a show out of everything.

I don’t give a shit about any of that.

I just want to fight.

But my opponent, Kaden “The Canadian Devil” Scott, has the World Boxing Organization title, and I want it.

It’ll give me three titles.

And I always get what I want.

Then, after this fight, I’m going for the other two titles—World Boxing Association and the International Boxing Organization—held by that fucker Roman Dimitrov. I get those, and I’ll have all five. I’ll unify the division.

I’ll be the ultimate. I’d say it’d make me a god, but I already am.

I was born to do this.

And every fucking thing I’ve lost and had to sacrifice to get here will be worth it.

The hush comes. My heart pounds harder and faster.

I get to my feet.

The cameras move in front of me. I don’t focus on them. I can’t. I’m already in my head.

Walk to the ring. Fight. Win.

That’s all I can think about.

I bounce on my heels. I’m wired. Restless. Pent-up energy that I’m about to expel on the Canadian’s face.

The crackle of the microphone echoes throughout the stadium.

Then, the most recognizable voice in the boxing world starts to speak, “Ladies and gentlemen, get on your feet and be upstanding to welcome your champion . . . Zeus . . . ‘The God’ . . . Kincaid!”

The soft piano beginning of Eminem’s “Lose Yourself” starts to hum throughout the stadium.

I always come out to this song.

Because it’s what I do when I fight. Lose myself. I forget everything and everyone. Forget my regrets, my mistakes. I forget her.

The beat kicks in, and that’s my cue. I start walking. Out of the dressing area. Into the hall toward the tunnel.

White curtains hang in front of me, ready to reveal me.

I don’t break stride as they’re drawn back by two ring girls dressed in togas.

The tunnel is lined with Grecian pillars. Marcel fucking loves to ham “The God” theme up.

I jog up the steps and into the arena.

The screams are deafening.

I hear and see none of them.

I see one thing.

The ring. And the person waiting in it for me.

My whole being is taut, rigid, focused as I walk toward the ring, flanked by my team.

A quick glance to where I know my family is sitting—my brothers, Ares and Lo, and my sister, Missy—and then I’m up the steps. I slip in between the ropes.

My eyes meet Scott’s across the ring.

But I’m harder and emptier.

My music fades out, and the announcer starts to speak again, “And here’s the moment we’ve all been waiting for. Our fighters are in the ring, and they are ready. In the blue corner, standing at six feet four inches and weighing in at two hundred forty pounds, the current WBO heavyweight champion of the world . . . ‘The Canadian Devil’ . . . Kaden Scott!”

There are a few cheers but more boos from the crowd. Not because Scott’s an ass. From what I know, he’s a decent guy. But he’s Canadian, and we’re in my home country tonight.

And, of course, I’m better.

“And, in the red corner, standing at six feet six inches and weighing in at two hundred fifty pounds, he is the IBF and WBC world heavyweight champion—twenty and O with twenty knockouts—your homegrown champion . . . ‘The God’ . . . Zeus Kincaid!”

The crowd roars. I lift my arms in the air, like I’ve already won. Because, in my mind, I already have.

And he continues, “To the thousands in attendance and the millions watching at home, ladies and gentlemen, from Boardwalk Hall in Atlantic City . . . let’s . . . geeet . . . rrrreeeaaady . . . toooo . . . ruuummmble!”

The crowd is cheering.

And I’m ready to fight.

I go to my team. My robe is taken off.

I sit down on the stool.

“You’ve got this, Zeus.” My trainer, Mike, is in front of me, his hands on my shoulders, his face in mine. “You can nail this motherfucker. He’s good. But you’re better. Three rounds, tops, and he’s yours.”

“Two,” I rumble out before my shield is put in my mouth.

I’m up on my feet. I go to the center of the ring. My team follows.

The referee stands between Scott and me.

I focus on Scott. From hours spent watching tapes of his previous fights, my eyes are on the weaknesses I already know he has.

A fractured cheekbone from a year ago. Cuts easy above his right eye. Nose broken four times.

The referee starts talking, “We went over the rules in the dressing rooms. I want you to keep it clean at all times. Protect yourselves at all times. And what I say, you must obey. Good luck to both of you. Touch gloves. Back to your corners.”

We bang gloves. I turn and walk back to my corner.

Mike is in my ear with last-minute directions. “Don’t go in fast. Make him come to you. Step back when he swings. Frustrate him. It’s his Achilles heel. Scott has no patience.”

The bell rings, and I go in, fists up.

We fight. Longer than I expected. He’s a tough motherfucker.

We’re nine rounds in, I’m pretty sure my nose is broken, and Scott’s not giving in. I already put him down twice, but the stubborn bastard got back up each time.

I’m not worried. Just ready to be done now.

I take him to the ropes. Punch after punch after punch. The referee separates us. Bell goes. Scott is in his corner, glugging water. It’s a sign he’s tired. He’s bleeding from the eye.

I got him. He’s mine now. I go in there, blazing. The Vaseline coating his cut isn’t stopping the blood. It’s in his eye. I see him lose focus, and that’s when I strike. I hit him, uppercut. He goes down. And I know it’s all over.

The referee is there, bending over him. Scott tries to get up. He can’t.

The referee waves his hand, calling time on the fight.

My team floods the ring. Mike is hugging me. Then, Ares, Lo, and Missy are here, hugging me and telling me how proud they are of me.

But one voice is missing.

My eyes do what they always do after every fight. They look for her. Like some part of my brain, even now, thinks she’s going to be here.

Why would she be here?

You left her. She’s not here because of you.

I thank my family. Thank Scott for the fight.

A commotion going on behind me catches my attention. I look over my shoulder. I can see people crowding around Scott. He’s still on the floor.

I step away. Moving toward Scott.

Marcel stops me. “Where do you think you’re going?” he grits out between clenched teeth.

“Scott is still down.” I tip my head toward where he’s on the floor.

“So?” is Marcel’s response.

I hear a medic being called for. I go to move again, Marcel tugs me back to the camera. “He’s fine. Leave him.”

I’m asked a question by the interviewer. I respond, half-distracted. Marcel starts talking about the fight.

I look back at Scott. The medic’s there, bent over him, shining a flashlight in his eyes.

“Zeus,” Marcel barks at me.

I ignore him this time. I pull away, quickly moving toward Scott again because I know this isn’t right. He shouldn’t have been down for this long. Something twists hard in my gut.

I push past the people crowding around Scott, almost reaching him, when I hear the words that will come to haunt me for the rest of my life.

“He stopped breathing. We need an ambulance. Now.”

The sensational RUIN by Samantha Towle is out now! 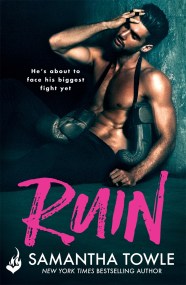 As seen on TikTok, from Samantha Towle, the New York Times bestselling author of Wardrobe Malfunction and Breaking Hollywood, comes a the first dramatically powerful and passionate novel in the Gods series.

Readers are raving about Ruin!

'Samantha Towle at her best'

'Wow! What a story, I can't even begin to tell you just how much I loved . . . this mind blowing book'

'I adored this story! . . . Samantha Towle really knows how to make her characters jump out of the page and into our hearts as their journey becomes our own'

And the new heavyweight champion of the world is...

Those are the words that Zeus Kincaid has been waiting to hear since he first put on a pair of boxing gloves. He just didn't think they would come with a tragedy that would change how he viewed the sport forever.

Cameron Reed was in her second year at Juilliard when her childhood sweetheart, Zeus Kincaid, walked away from her. A few months later, Cam realized that she would never fulfill her dream of dancing for the New York City Ballet.

Now working as a dancer in an upscale club in Manhattan, Cam is brought face-to-face with the man she once loved. And it's her turn to walk away from him.

The Gods series continues with Rush - out now!

Plus, don't miss any of Samantha Towle's sensational love stories, including the romantic comedy Breaking Hollywood, the sizzling beach romance, The Two Week Stand, and many more!

'Epic. Loved every word, and Sam Towle proves yet again a true veteran in the art of contemporary romance'

'Her characters are always amazing and her stories leave you wanting more.....enjoy the read!!'