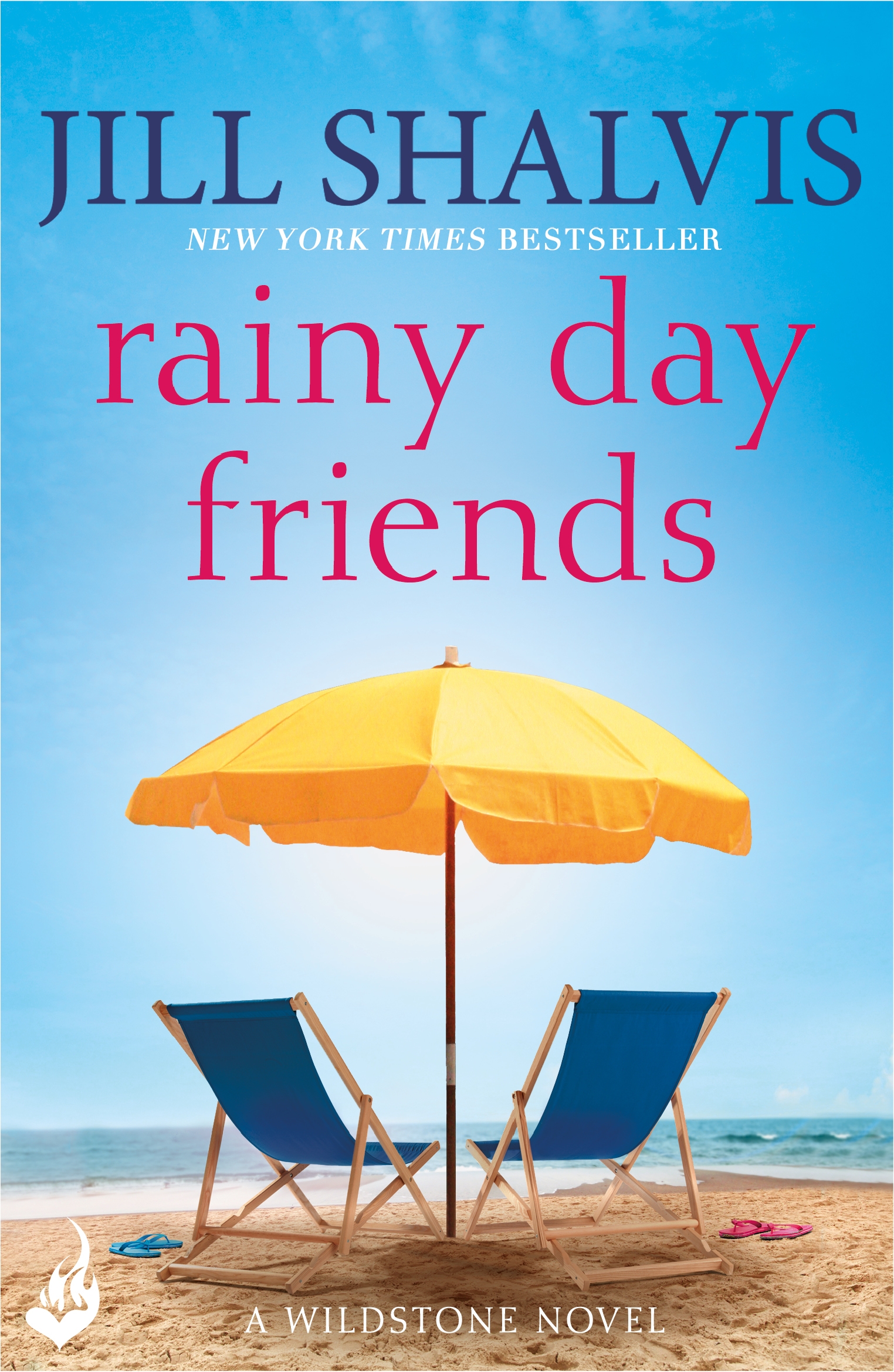 Anxiety Girl, able to jump to the worst conclusion in a single bound!

Most of the time karma was a bitch, but every once in a while she could be surprisingly nice, even kind. Lanie Jacobs, way past overdue for both of those things, told herself this was her time. Seize the day and all that. She drew a deep breath as she exited the highway at Wildstone.

The old Wild West California town was nestled in the rolling hills between the Pacific Coast and wine and ranching country. She’d actually grown up not too far from here, though it felt like a lifetime ago. The road was narrow and curvy, and since it’d rained earlier, she added tricky and slick to her growing list of its issues. She was already white-knuckling a sharp turn when a kamikaze squirrel darted into her lane, causing her to nearly swerve into oncoming traffic before remembering the rules of country driving.

Never leave your lane; not for weather, animals, or even God himself.

Luckily the squirrel reversed its direction, but before Lanie could relax a trio of deer bounded out right in front of her. “Run, Bambi, run,” she cried, hitting the brakes, and by the skin of all of their collective teeth, they missed one another. Sweating, nerves sizzling like live wires, she finally turned onto Capriotti Lane and parked as she’d been instructed. And went completely still as her world darkened. Not physically, but internally, as her entire body braced for all hell to break loose. Recognizing sign número uno of an impending anxiety attack barreling down on her like a freight train, she gripped the steering wheel. “You’re okay,” she told herself firmly.

This, of course, didn’t stop said freight train. But though she’d been plagued with overactive fight-or-flight preceptors, all of which were yelling at her to run, she couldn’t.

Not this time. Which didn’t stop the dizziness or sudden nausea, or make her lungs work properly. And that was the hardest thing about these attacks that were new to her this year, because it was always the same fears. What if it never stopped? What if someone saw her losing it and realized she was broken? And the worst part . . . what if it wasn’t an anxiety attack? Maybe this time it was a seizure or a brain aneurism.

Or a stroke. Hadn’t her great-aunt Agnes died of a stroke?

Okay, stop, she ordered herself, damp with sweat now and doing that annoying trembling thing where she shook like a leaf. Breathe in for four, breathe out for four, and hold for four.

Repeat again, all while listing the meals she’d had yesterday in her head. Peanut butter toast for breakfast. Tuna salad for lunch. She’d skipped dinner and had wine and popcorn instead.

Slowly but surely, her pulse slowed. It’s all good, she told herself, but because she wasn’t buying what she was selling, she had to force herself out of the car like she was a five-year-old starting kindergarten instead of being thirty and simply facing a brand-new job. Given all she’d been through, this should be easy, even fun. But sometimes adulthood felt like the vet’s office and she was the dog excited for the car ride—only to find out the destination.

Shaking her head, she strode across the parking lot. It was April, which meant the rolling hills to the east were green and lush and the Pacific Ocean to the west looked like a surfer’s dream, all of it so gorgeous it could’ve been a postcard. A beautiful smoke screen over her not-so-beautiful past. The air was scented like a really expensive sea-and-earth candle, though all Lanie could smell was her forgotten hopes and dreams. With wood chips crunching under her shoes, she headed through the entrance, above which was a huge wooden sign that read:

CAPRIOTTI WINERY, FROM OUR FIELDS TO YOUR TABLE . . .

She was grimly determined.

The land was lined with split-rail wooden fencing, protecting grapevines as far as the eye could see. The large open area in front of her was home to several barns and other structures, all meticulously maintained and landscaped with stacks of barrels, colorful flower beds, and clever glass bottle displays.

Lanie walked into the first “barn,” which housed the reception area and offices for the winery. She was greeted by an empty reception counter, beyond which was a huge, open-beamed room containing a bar on the far side, comfy couches and low tables scattered through the main area, and walls of windows that showed off the gorgeous countryside.

It was warm and inviting and . . . empty. Well, except for the huge mountain of white and gray fur sleeping on a dog bed in a corner. It was either a Wookie or a massive English sheepdog, complete with scraggly fur hanging in its eyes. If it was a dog, it was the hugest one she’d ever seen, and she stilled as the thing snorted, lifted its head, and opened a bleary eye.

At the sight of her, it leapt to its four paws and gave a happy wuff. At least she was hoping it was a happy wuff because it came running at her. Never having owned a dog in her life, she froze. “Uh, hi,” she said, and did her best to hold her ground. But the closer the thing got, the more she lost her nerve. She whirled to run.

And then she heard a crash.

She turned back in time to see that the dog’s forward momentum had been too much. Its hind end had come out from beneath it and it’d flipped onto its back, skidding to a stop in front of her.

She—because she was definitely a she, Lanie could now see—flopped around like a fish for a few seconds as she tried to right herself, to no success. With a loud woof, the dog gave up and stayed on her back, tail wagging like crazy, tongue lolling out of the side of her mouth.

“You’re vicious, I see,” Lanie said, and unable to resist, she squatted down to rub the dog’s belly.

The dog snorted her pleasure, licked her hand, and then lumbered up and back over to her bed.

Lanie looked around. Still alone. Eleven forty-five. She was fifteen minutes early, which was a statement on her entire life.

You’ll be the only human to ever be early for her own funeral, her mom liked to say, along with her favorite—you expect way too much out of people.

This from the woman who’d been a physicist and who’d regularly forgotten to pick up her own daughter after school.

Lanie eyed the sign on the reception desk and realized the problem. The winery was closed on Mondays and Tuesdays, and today was Monday. “Hello?” she called out, feeling a little panicky. Had she somehow screwed up the dates? She’d interviewed for a two-month graphic artist job here twice, both times via Skype from her Santa Barbara apartment. Her new boss, Cora Capriotti, the winery office manager, wanted her to create new labels, menus, a website, everything, and she wanted her to do so on-site. Cora had explained that they prided themselves on being old-fashioned. It was part of their charm, she’d said.

Lanie didn’t mind the temporary relocation from Santa Barbara, two hours south of here. She’d actually quit her permanent graphic design job after her husband’s death. Needing a big change and a kick in her own ass to get over herself and all the self-pity, she’d been freelancing ever since. It’d been good for her. She’d accepted this job specifically because it was in Wildstone. Far enough away from Santa Barbara to give her a sense of a new start . . . and an excuse to go back to her roots. She’d grown up only fifteen minutes from here and she’d secretly hoped that maybe she and her mom might spend some time together in the same room. In any case, two months away from her life was exactly what the doctor had ordered

Could it be time for Lanie Jacobs to learn to trust again in RAINY DAY FRIENDS, the second Wildstone novel by Jill Shalvis? Out now! 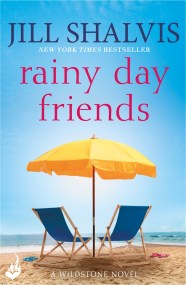 It's time to learn to trust again... Six months after her husband's death, it's hard to imagine anything could deepen Lanie Jacobs' sense of pain and loss. But then she discovers she isn't the only one grieving his passing. A serial adulterer, he left behind several other women who also believed they were his legally wedded wife.

Desperate to make a fresh start, Lanie impulsively takes a job at the family-run Capriotti Winery. At first, she feels like an outsider among the boisterous Capriottis but slowly comes to feel like she belongs, especially when Mark Capriotti, a gruffly handsome Air Force veteran turned deputy sheriff, manages to wind his way into Lanie's cold, broken heart.

Everything is going well for her, until the arrival of River Brown. The fresh-faced twenty-one year old seems as sweet as they come...until her dark secrets come to light - secrets that could destroy the new life Lanie's only just begun to build.