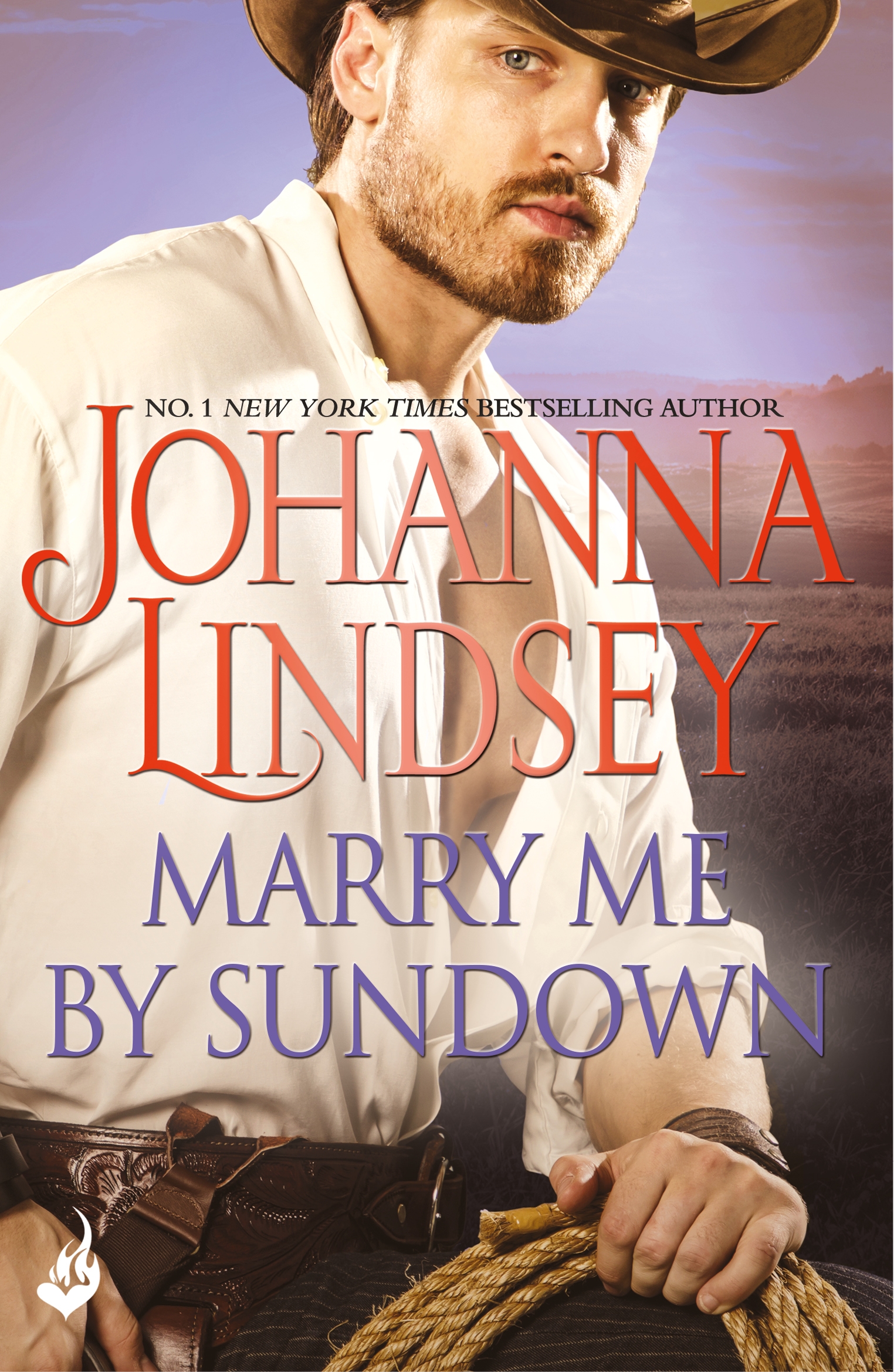 July Book of the Month

“I DON’T THINK SHE’S GOING to stop crying, even for this party,” Sophie warned Violet as she returned to the bedroom the two girls shared.

Violet Mitchell sighed, knowing Sophie was talking about her aunt Elizabeth, Sophie’s mother. But then Violet put her arm around her cousin’s shoulders and squeezed gently. She was good at consoling, good at mothering, too, having tried to be a mother to her two brothers when they were all still children.

“She doesn’t want me to go,” Violet remarked.

“She shouldn’t have arranged this party, which is just going to remind her that I’m sailing back to America in the morning.”

“If only that letter hadn’t arrived four days ago,” Sophie said in a grouchy tone. “If it had come next week, you would at least have been here for the first ball of the Season. I can’t believe you’re going to miss them all!”

Violet was going to start crying herself in a moment. She had so looked forward to the festivities this summer and sharing them with Sophie. She and her cousin had both turned eighteen this year, Violet last month, Sophie in early spring. Violet had continued to grow this year, ending up at five feet seven inches, while Sophie was quite petite at only five foot three. And Elizabeth had spared no expense in having beautiful wardrobes made for both of them.

Violet had lived with her aunt and uncle and their large brood of children these last nine years, ever since Aunt Elizabeth had come to America and visited Philadelphia, where she and Violet’s mother had been born, and swooped into the Mitchell household insisting that Violet was returning to London with her to live with her and her husband, Lord Edmund Faulkner, and their six daughters. Violet’s father, Charles, hadn’t protested too much.

Violet actually understood why her father was relieved to have her taken off his hands. Raising a daughter without his wife, who had died of consumption a few years after Violet was born, had probably been a bit much for him. Her brothers, Daniel and Evan, hadn’t protested either. They didn’t exactly enjoy her bossing them around, but with no mother to guide the rambunctious boys, Violet had taken it upon herself to assume a motherly role toward her brothers, even though they were two years older than she. But there had been no one to mother her, and by the age of nine, she’d definitely felt that lack. So she hadn’t protested much either when she’d been told she would be leaving her immediate family and moving to London. It had been hard trying to be a mother. Yet the behavior had been ingrained in her by then, and she’d done her fair share of bossing her cousins in England, too. But at least they didn’t mind. They called it her being American!

“You should be happy for me,” Violet remarked. “It will be wonderful to see Papa and my brothers again. You don’t think I’ve missed them?”

“You never mentioned it, so, no, it’s not something I gave much thought to.”

Violet tried teasing: “If I’ve learned anything from you Brits, it’s to keep unpleasant emotions under wraps.”

“As my mother is currently doing, flooding her bedroom with tears?”

They both smiled before Violet continued, “You know what I mean. And you, my girl, have kept me too busy and entertained to darken your moods by sharing those occasional twinges of sadness I’ve felt when thinking about my brothers and father. But I wrote to them weekly, and while the boys aren’t as good about replying as I would have liked, I understand that they have other things on their minds besides writing letters. And I know my father hates writing. I was lucky to get eight letters from him in all the years I’ve been here, but he always had the boys include a few lines from him in their letters. And at least they all visited twice.”

“They should have come more often.”

“I’m surprised there was even a second visit five years ago, considering how terribly Papa and Evan suffered with seasickness on the first voyage.”

“Oh, I forgot about that. Still, they should have braved it for your come-out. If you hadn’t sent them that portrait of you last year, they probably would have, just to see for themselves how you turned out, seasickness or no.”

“Stop being annoyed for my sake when I’m not. I told them not to come again, that I would visit them instead. They might have enjoyed touring London, but they already did that twice—and while they would never say so, I don’t think they were all that comfortable with the formality of British society. But mainly, I felt too guilty that my father and Evan had to suffer like that both coming here and returning home. And I did plan to visit them this year, just not this soon. I probably shouldn’t have mentioned that I hoped to bring a fiancé with me. They weren’t very happy about that.”

“Did you really tell them that?” Sophie squealed happily.

“Why wouldn’t I? Your mother has been talking to us both about this particular Season for years, so, yes, I thought it was something that might happen, and I shared that with my family. After all, your mother expected us both to get engaged this Season.”

“What exactly did your father say about it?”

“Nothing yet. There were no lines from Papa in that reply, or in this last vague letter. But Papa will want me to be happy, so I expect to receive his permission to marry an Englishman when the time comes. In any case, it will be sorted out when I get home.”

Sophie suddenly gasped. “Is that why they want you home immediately? They are afraid to lose you to an English husband?”

Violet frowned for a moment as she considered that possibility, but then shook her head. “No, they wouldn’t dare try to pull a ruse like that. Daniel just wrote that it was urgent and sounded desperate about it.” “Yet failed to mention what is so urgent,” Sophie reminded her in pique. Violet sighed. “I’m sure he meant to explain, but he did mention that Evan had warned him not to write me about whatever is going on, so Daniel probably rushed the letter off so Evan wouldn’t find out about it. He might have thought he did explain better than simply saying, It’s urgent, Vi. Only you can fix this.”

“Yet failed to mention what is so urgent,” Sophie reminded her in pique.

Violet sighed. “I’m sure he meant to explain, but he did mention that Evan had warned him not to write me about whatever is going on, so Daniel probably rushed the letter off so Evan wouldn’t find out about it. He might have thought he did explain better than simply saying, It’s urgent, Vi. Only you can fix this.”

“But you will return soon, won’t you? You’re good at fixing things, so it shouldn’t take you long a’tall to fix whatever is wrong and be on the next ship back to us. Then you won’t miss all of the Season. And bring your brothers back with you, your father, too. It’s been five years, and we’re their family, too!”

“I’ll ask them, but there’s no guarantee I’ll be back before the end of this Season, not when it takes three to four weeks just to cross the ocean. Tonight I should be finishing my packing, not socializing. Shall we see if your mother is ready to go downstairs? I hope she didn’t invite many people to this bon voyage party.”

“I wouldn’t count on that, Cousin. The Season does start next week. Besides, a lot of the ton lives in London as we do and others come early to make sure the hostesses know they are in town. At least you will meet a few of them tonight.”

“No, no, you can assure them you’ll be back soon. Or not tell them a’tall. Mama didn’t exactly mention this is a good-bye party in the invitations, she just so wanted you to enjoy at least one party before you sail off tomorrow. And you’re so pretty, Vi. You were destined to break some hearts this summer. And no, I’m not the least bit jealous. You can only have one, after all. There will be plenty of young gentlemen to go around. And maybe you’ll meet the one you want tonight. Wouldn’t that be splendid! You’ll be yearning to return quickly,” Sophie ended with a laugh.

“Is mostly done and the servants will finish that while we’re downstairs. There’s no help for it, Cousin. You’re destined to simply enjoy yourself tonight.”

Enjoy herself? Violet thought. Maybe if she hadn’t been worried about her brothers and her father since Daniel’s letter had arrived four days ago. And maybe if she didn’t feel like crying herself because she had to say good-bye to her family here whom she’d come to love so much. But she’d been keeping these feelings to herself, mostly. If she’d learned anything during her stay with the Faulkners, it was how to put on a good face for all occasions.

Aunt Elizabeth did that now. She’d dried her tears before Sophie knocked on her door and offered a brilliant smile as she looked over her two favorite girls. Sophie was blond and blue-eyed and wearing an evening gown of palest aqua. Violet was also blond but favored lilac, the color of many of her new gowns, since it went so well with her dark-violet eyes. Tonight’s gown was trimmed in white satin and she was wearing her mother’s cameo on a ribbon about her neck. She hadn’t had much occasion to wear any baubles until now.

Her father had sent her all of her mother’s jewelry for her sixteenth birthday. She had hoped he would surprise her with a third visit to London that year, but he didn’t. Her father actually expected her to return home about this time, now that her schooling was done and she no longer needed Elizabeth’s mothering. He’d said as much the day she’d left home. But he hadn’t mentioned it again in those few letters that he actually wrote himself, merely saying that he loved and missed her. She really was going to give all three of them a good scolding when she got home for not writing more often, particularly Daniel for not explaining what required her to rush back to Philadelphia. She’d hoped he had immediately sent off another letter with a full accounting, but no further missives had arrived in the last four days. And while she had come up with all sorts of reasons, she could never, ever have guessed what awaited her at the home where she was born.

Let Johanna Lindsey capture your heart with MARRY ME BY SUNDOWN, out now!